If you’ve come across conspiracy theories and the mention of secret societies, ILLUMINATI is the name that instantly pops into our mind that is shrouded in mysteries, but what if I told you that you can obtain the ILLUMINATI pyramid itself? The idea is ridiculous but in Roblox’s Wacky Wizards, it exists and is one of the rare ingredients that you have to be smart about it in order to acquire.

In Wacky Wizards, you can brew different types of potions by mixing the ingredients in the wizard pot. It does hold your attention with its amazing gameplay. In this article, we’ll be talking about the game and how you can get your hands on the ILLUMINATI Pyramid. Continue reading the article to know more. 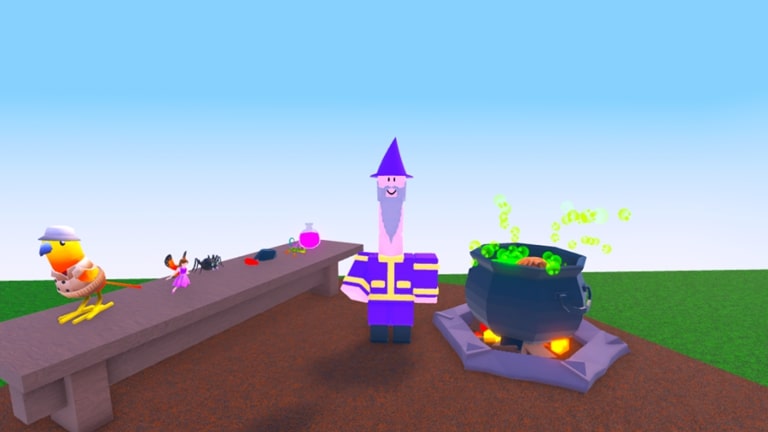 For those who’re into alchemy, the game has thousands of ingredients that can be brewed in a wizard pot and have different effects on each individual, depending on the potion. The combination and quality of ingredients can also alter the properties of the potion and takes careful observation and intellect to pull it off. You can also take part in various events and quests that often reward you with unique items and you’ll get to know more about the NPC’s background stories. Overall it is a solid Roblox game and for those who are curious souls, it is worth trying if you’re new to the game.

How to get the ILLUMINATI Pyramid in Roblox’s Wacky Wizards

Illuminati Pyramid is a new ingredient that you can use to make new potions and its effects are very potent, however, they can only be found in specific places and we’ve mentioned it below in this article.

To find the pyramid on the map, use the broom potion by crafting it in the pot and drinking it, you’ll get a flying broom that will allow you to travel longer distances. After this, click on “Drain”, select the “Chilli” ingredient and throw it into the pot to brew a hot potion and fly straight in the direction of facing the pot until you come across a grey building with green blocks and a warning sign that says “Do not pour hot potions”. Use the potion on the green blocks and it’ll melt the doorway blocking your path. After this, head inside, and you’ll find the Illuminati Pyramid lying in the corner of the room.

Click on the pyramid and drop it and a new one will automatically respawn, do this three times and teleport back to Cauldron. On the desk, add the pyramid to your ingredient table. Now, head to the Wizard pot and click on “Drain”. Then, select the Illuminati Pyramid and then throw it into the pot. It’ll then fetch you an Orbit-Pyramid potion, click on it, and drink it. After drinking it, you’ll get a floating Illuminati pyramid that’ll follow you wherever you go.

We hope that you enjoyed reading this article, stay tuned for more updates about Roblox Wacky Wizards and other updates at Digistatement.

How To Turn Off Safe Chat in Roblox on PC