The newest weekly update of Red Dead Online went live on Tuesday, 13 October. The weekly reset takes place at 1 am ET / 6 am BST. This week’s Red Dead Online update features a Legendary Animal in the same way as we’ve seen from past updates.

This week, the Legendary Animal that was added to the game for players to hunt or sample is the Legendary Ruddy Moose. It seems like the animal will not be quite as lethal as the Legendary Bear which was added last week based on what Rockstar Games had to say about it –

“Locals and passers by alike are reporting a pair of broad red antlers amidst the wood and foliage of Tall Trees,” Rockstar Games said. “The Legendary Ruddy Moose is an elusive, lonely wanderer, but it is known to break into a trot to escape pursuit from Naturalists and poachers alike.” 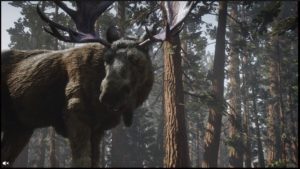 To start the Legendary Moose mission, you first need to talk to Harriet which you’ve possibly done many times by now if you’ve been chasing the Naturalist paths. Kill the animal and bring in its pelt to Gus to unlock the option to buy a coat and cowl. If you do manage to knock down or sedate the animal between now and October 19th, you’ll also receive a free Off-hand Holster. 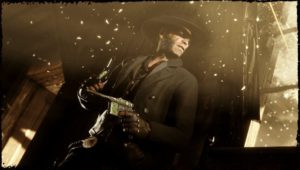 You can also check the Shootout mode to try out some new locations that are added to the game type. Blackwater, Bolger Glade’s, Saint-Denis, Tumbleweed, and The Manor are new places which are currently available in the Shootout mode.

If you’ve got the Outlaw Pass No. 3, you can finish it up until October 19 and get all the rewards. Rockstar Games is offering all pass holders 10 Special Health Cures, five pieces of Lost Jewelry, and 200 rounds of Sedative Ammo this week, along with the unique versions of the Griffith Chaps and the Caffyns Hat if you’ve made it over Rank 50.

All players can at the very least get something for free only for playing the game. Playing the game at any time between now and October 19th is going to get you five Blending Tonics and 50 rounds of Nitro Express Ammo.

Besides, players who connect to Prime Gaming before October 19 will receive a Reward for a free Bar Theme and Role Outfit, Accessory, or Emote of their choice, plus 6,000 Club XP and 10X each of Gin, Brandy, Rum, Baked Beans, and Jolly Jack’s.