Although it has not yet been confirmed by Niantic, the PokeMiners have discovered some new information regarding the upcoming changes which are coming to Pokemon Go, in the corresponding code of the latest version 0.189.0. Pokeminers have found three all-new spooky Halloween-themed in-game gift boxes which are believed to be a part of the upcoming Pokemon Go Halloween 2020 event which is likely to become available just before the Halloween week. You can check the new Halloween themed gift boxes in the tweet down below.

Some new spooky boxes are included in this update! pic.twitter.com/Ui0B5YhWAd

Previously, Halloween 2019 event had introduced Darkrai as the new Pokemon, it also introduced Yamask and its shiny form, several new Research tasks, and enhanced spawn for Ghost-type and Dark-type Pokemon. There were additional bonuses like 2x Candy for catching a Pokemon, hatching, and transferring Pokemon during Halloween 2019, which started on October 17th,2019.

Same as the prior-year a new galar pokemon named “Runerigus” which is the evolution type for the pokemon “Yamask”,  is added in the code of latest version 0.189.0 with strings named as follows –

Last year Pikachu got a new costume with a witch hat for Halloween, this year it’s Sableye which has received a new Halloween themed costume. Some new moves are also found by Pokeminers in the latest version which includes the following : Incinerate –  a new fast move & Dark void –  a signature move for Darkrai. A new Sticker inventory is found in new Pokemon Go version 0.189.0 with a description which reads the following – “Stickers don’t take up space in your item bag. You can carry only a certain amount of each sticker”. You can check that image down below. 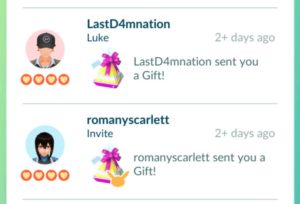 Updates and bug Fixes that are coming with the release of version 0.189.0 is given below.