And also a ton of new features

2019 was a wonderful year for flagship killers. We had phones like the Redmi K20 Pro (or Mi 9T Pro for folks outside India) and the Realme X2 Pro. Both of these phones had the flagship processors and features at a price much lower than actual flagships. But in 2020, we are yet to see phones with flagship processors at those prices. And we can partly blame Qualcomm for that. This year’s Snapdragon 865 processor has been particularly expensive. And with the Snapdragon 865, phone makers are forced to use the X55 modem which leads to additional costs in terms of a more complicated phone. 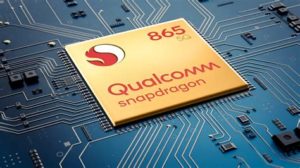 So, a lot of phone makers have decided to go with the Snapdragon 765G with its integrated 5G modem this year. But what if you didn’t care about 5G? The Snapdragon 855+ is arguably a better choice then. So that’s what Realme did with the Realme X3 launched in June this year. It has the all the trappings of a flagship smartphone with a big 120Hz display and a 64MP quad-camera setup. Under the hood, it packs a Snapdragon 855+ processor. And it brings all of these features and many more at a very reasonable price.

Out of the box it came with Realme UI running on top of Android 10. And today Realme is releasing an update with the August Security Patch for it. Update RMX2081PU_11.A.41 also brings with it a ton of new features and optimisations. Some of the new features include auto-scrolling in scrolling screenshots, a super power-saving mode, multi-user support, independent toggles for focus mode and a return button in the screenshot preview interface This update also brings in certain fixes. You can read about it in detail in the changelog provided below.