The smartphone market is gradually running out of slots for innovations as the existing brands have crossed the countable number. Brands like Oppo, OnePlus, and Xiaomi have already started to step out of the current game and started exploring gadgets like Smartwatches, Televisions, Powerbanks, etc. Recent reports reveal that Realme has decided to make a similar move too.

In a recent interview with Madhav Sheth, the CEO of Realme India, we have received tons of information about what Realme is presently working on. After the Realme fitness band, we can now expect the official announcement of Realme Smartwatch.

As mentioned earlier, in an interview with Mashable India, Madhav Sheth has revealed that Realme will be launching its brand new Realme Smartwatch. During the launch event of Realme X2 730G, the existence of a smartwatch under the brand name of Realme came into light. Wallet and Fitness band are the other two products teased in the event.

The most exciting news is that the Realme Smartwatch has received its BIS certificate, with a model number RMA183. Also, a screenshot has been spreading across the web, that shows the Realme wearable was registered officially by the authority on the 6th of January 2020. This hints that the launch of the smartwatch is not far away. 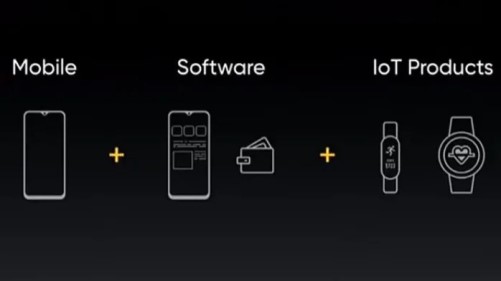 Talking about the features, the Smartwatch is expected to be compatible with 3G, 4G as well as 5G network. The Realme wearable will completely be dependent on Bluetooth pairing to get access to all the features. We can expect the official announcement and features reveal after the launch of the Realme Fitness band.

Most of the smartwatches are put down to ruins due to poor quality and low resolution. Also, some smartwatches have provided cameras and sim-card features too that have been graded extremely poor. Call and contact feature to have never met people’s requirements, leading to the low reach of smartphones among people. Realme, therefore, is expected to put all of these in the right way.

This little gadget is rumored to cost between Rs. 6,000 to Rs. 15,000 promising extremely well-built structure and variants. But the official details are not available now. 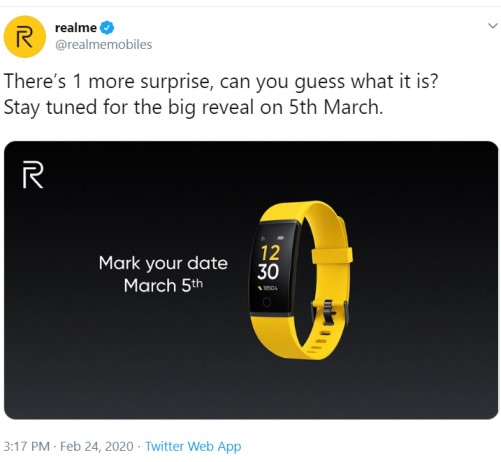 The brand is still working on the product and there are still a lot of phases that the smartwatch has to go through. But the official Realme took to tweet that the official announcement about the Realme Smartwatch will take place on the 5th of March 2020.

Note: We will update the article when we receive any news about Realme Smartwatch, so stay tuned. Also, share this article with all those who are waiting for this gadget.