Original Post (April 4); Realme launched the Realme 3 back in March 2019; after a few months of its launch, the Realme 3i was launched with a few improvements. Both the smartphones were launched with the Android 9 and haven’t received the latest Android 10 update based on Realme UI.

As per the Realme UI Roadmap, Realme 3 and 3i will receive the Realme UI update based on Android 10 in April. Check out the complete roadmap below: 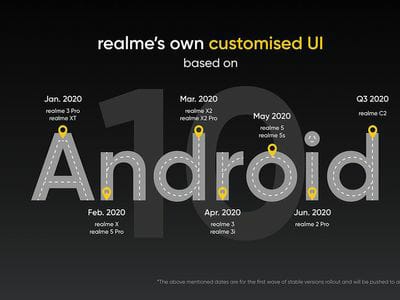 Rest assured, we will let you know once the update for Realme 3 and 3i goes live. In the meanwhile, you can check out the Realme UI 2.0 features and eligible devices below.

Also, You can download the google camera apk on your smartphone to enhance the photo quality. Recently, we have posted a dedicated article of Google camera for Realme devices, So we recommend you must have a look at it below:

Realme UI update for Realme 3 and 3i will be available soon, however, for early adopters the update is live. Realme will first test the update with some users and then a wider rollout will start.

If you want to be one of those early adopters then you can visit read the details and fill-up the form from the link given below:

Android 10 update based on Realme UI is now rolling out for both Realme 3 and Realme 3i. You can check full coverage here.