Today morning PUBG Corp. on there official twitter handle announced that they have exterminated around 2 million accounts violating the companies regulations.

Hello Gamers, So today morning PUBG Corp. on their Twitter handle stated that they have permanently blocked about 2 million accounts, 1,994,845 to be exact.

In recent days PUBG has been very serious and strict against these violators after many complaints from the community about players exploiting the game and making the gameplay frustrating. And after PMCO qualifiers worldwide in 2019, there were several reports of Hackers being in the lobby for the online qualifiers which inturn was proving to be corrosive for the integrity of the E-sport.

Then from the beginning of May 2019, the company recruited and dedicated a separate department to manage this issue and put a hold on these hackers and from then it has been a very furious war between the developers and hackers. They always come up with ways to exploit and manipulate the anti-cheat features and the developer tends to upgrade its policies.

This morning PUBG announced something which is really appreciated in the community. They have banned nearly 2 Million accounts found to be suspicious and hacking. And that too in just a span of 30-40 days.

The Post stated “Fact: Nothing is as satisfying as using the #BanPan From January 29th through February 4th, we permanently blocked 1,994,845 users from accessing our game.” 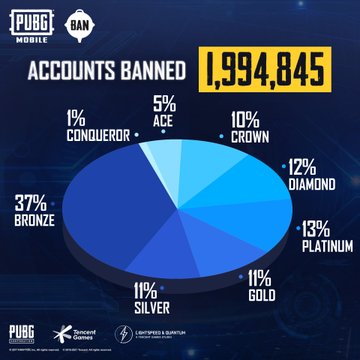 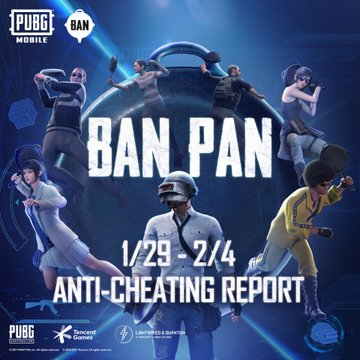 In this post, they mentioned the BanPan achievement which a player gets after reporting hackers which are then eventually banned by the Moderators and they receive the reward to do so.

The main reason they stated for the ban were:

X-ray vision gives you the ability to track and see your enemy in real-time no matter where he is hiding or how far he is from you. You can see him and easily kill him, which makes it very easy to dominate in Battle royales as the main motive is to survive till last.

And Speed hack is an obvious one It increases your speed which in turn gives you the upper hand in battles.

At last, I would say that this war between the Banners and Hackers would go on till infinity and beyond as hackers won’t stop hacking and Mods won’t stop banning them. Do feel free to tell your opinion on the hacker ban below in the comment section.