by Abhishek Bhardwaj
in Mobile, Nintendo

The free-to-play, multiplayer online battle arena game, Pokemon Unite is the recently released official Pokemon game. Developed by the TiMi Studios Group and published by The Pokemon Company this game was released first for the Nintendo Switch Platform in July 2021. In September 2021, this game has also launched for Android and iOS devices. The recently released game has already accounted for over 10 million downloads on Android, over 5 million on iOS, and over 9 million on Switch. However, the Unite players are confused about the part where they are unable to check the team score during battle. In this article, we are going to clear one of the most common doubts of the players who are playing Pokemon Unite.

The main focus of the gameplay of Pokemon Unite is the 5 versus 5 PvP battle. In this battle, the players are supposed to score points by collecting Aoes Energy in the control points of the opponent teams. These Aoes Energy can be claimed by attacking and defeating the Wild Pokemon and opponents as well. The team which scores the most Aoes Energy points wins. However, while being in the game, the players can see the individual Aoes Energy points they collected or the points they have scored for their team. But, the whole team score is not visible. So, here is everything you need to know about checking the team score during battle. 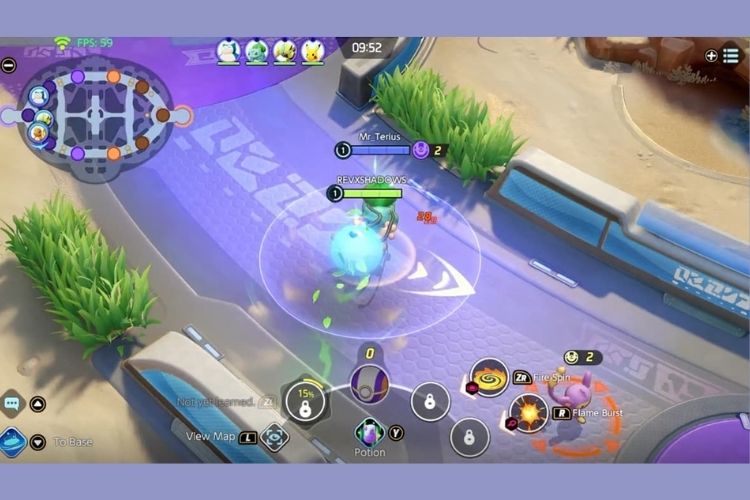 “How to check the team score during a battle in Pokemon Unite” is a stumper for everyone. But, to be straight as an arrow, sadly, this feature is not available in the game. As mentioned above also, you can see the points scored by you individually & others, but the whole team score can only be seen once the battle is over. This thing creates the open-mouthed battle more exciting, and I also think that this is a good move from Pokemon Unite.

If you are also playing this game from the beginning and facing an issue where you are not able to claim Social Daily Event Rewards, click here to know everything about it.