Pokemon Scarlet & Violet (SV): How to Find, Get & Catch Mimikyu

The little ghost/fairy-type Pokemon, Mimikyu was introduced in the 7th generation of Pokemon video games series. That said, the first-ever installments in the 9th generation, Pokemon Scarlet and Violet also include Mimikyu. But since Pokemon Scarlet and Violet are recently released, not many players are aware of how to find Mimikyu and catch it. If you are also looking for the same information, then you are at the right place. Carry on reading this guide to know everything about it. 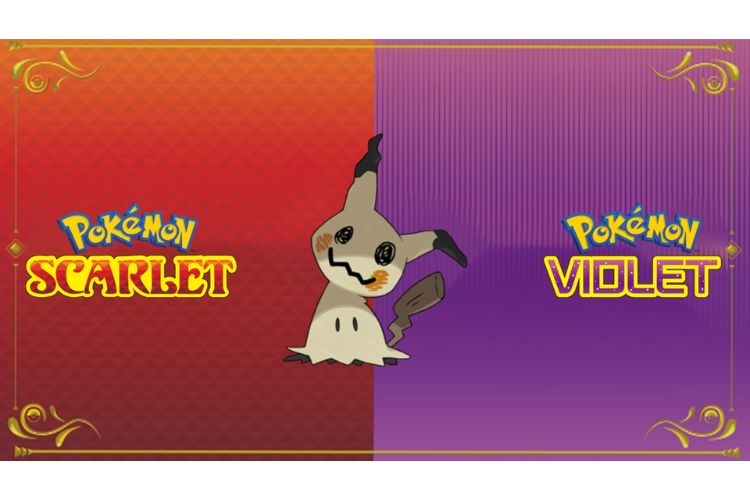 Developed by Gamer Freak and published by Nintendo and The Pokemon Company, Pokemon Scarlet and Violet are the recently released open-world role-playing games. They were launched exclusively for the Nintendo Switch platform. Being the latest installments, these titles bring many new Pokemon, new content along with new features for the fans. Although the core gameplay remains similar to the typical Pokemon games. Coming back to the main topic, here is how to find Mimikyo in Pokemon Scarlet and Violet.

How to find Mimikyu in Pokemon Scarlet and Violet

Mimikyu is a small Ghost/Fairy type Pokemon present in the game and is hidden behind a cape rag that looks like Pikachu. It is unknown how this creature actually looks as it is always hidden inside this creepy rag. This rag is said to protect Mimikyu from sunlight. Just like every other Pokemon, Mimikyu can also be caught easily when you know the region where it spawns.

As mentioned above, Mimikyu tends to stay away from sunlight, which is why you can find it mostly in the forest regions of Paldea. In Paldea, Mimikyu can be found in northern and eastern regions. For a better understanding, refer to the following image: 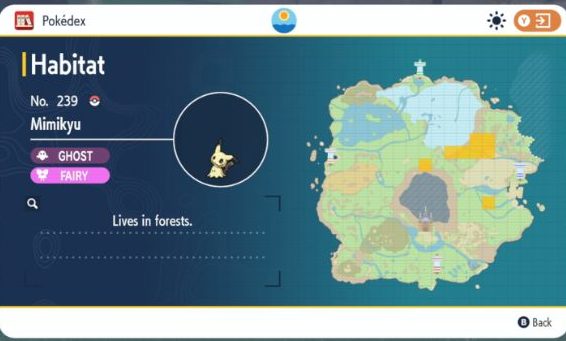 As you can see on the map, the best spot to catch a Mimikyu is the ruins located in the East Province Area Two. Here, you can find a lot of Mimikyus and can get one quite easily. However, you can also consider looking around at nearby regions as pinpointed in the map for the best shot at catching one. So, this was everything about how to find Mimikyu in Pokemon Scarlet and Violet. If you found this article helpful, share it with your friends.

Related: Pokemon Scarlet & Violet (SV): How to get Galarian Meowth

Pokemon Scarlet & Violet (SV): How to Find, Get & Catch Rellor

Pokemon Scarlet & Violet (SV): How to Find, Get & Catch Rellor