Kyurem will be the next legendary Pokemon addition

Specifically, modifications to the Gen 5 legend’s model height were found. Kyurem itself has been in the game’s code ever since generation 5 started rolling out, though.

Even though the Pokedox entry is the same, the code differs Kyurem, White Kyurem and Black Kyurem. All 3 will be available in the upcoming updates with Kyurem being the first as the natural progression of things. 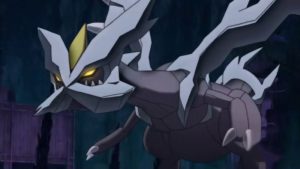 When is Kyurem Releasing?

April 28 is the date when Landorus will be released from Raid Battles, the next legend should come right after. I think if Kyurem is the next big news then we should hear about it very soon.

There are only a few Gen 5 legends remaining and with the Swords of Justice & Force of Nature both being released, it’s any time now that the list is over. These include the Therian Forms of Tornadus, Thundurus and Londorus along with the more powerful two of the Tao Trio – Reshiram and Zekrom. So, logically, that’s why Kyurem should be next. 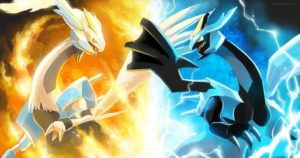 Kyurem, though, the hype is huge, the stats of Kyurem don’t fall into the category of very good legendary Pokemon. But we think the white and black Kyurem will definitely be better than the original one. Reshiram/Zekrom are known to be more powerful. Dialga is still the go-to Master League Pokemon.

The Temporal Pokemon has a superior typing in addition to higher stats. Meanwhile, Kyurem will be weak against more types as well as having far fewer resistances.

It’s not all bad news however, as Kyurem will have Dragon Breath, Dragon Claw, Draco Meteor and Icy Wind to fall back on. Now all that’s left to do is wait for Niantic to make the announcement!