In addition to this update, the Pokemon Go Lunar Event has gone live for the game. The event started on January 24 at 1 pm PST & will stay live until February 3 at 1 pm PST.

The spawn rate of Red Colored Pokemon will also increase during this event. The list of Pokemon which can be found in the wild under this event are as follows : Charmeleon, Vulpix, Parasect, Voltorb, Jynx, Magmar, Magikarp, Flareon, Slugma, Wurmple, Corphish, Kricketot, and Foongus.

Apart from this, details regarding Go Battle League have been surfaced online. It has been leaked by one of the prominent data miner & leaker group Pokeminers. But before getting into the leaked details, let us understand a bit about it. Pokemon Go Battle League will be build upon Trainer Battles.

Like many Pokémon GO features, GO Battle League will encourage players to get out and explore the world with Pokémon. Trainers will be able to walk in order to earn entry into the GO Battle League, then battle opponents from around the globe through an online matching system and rise in the ranks of the league.

Pokemon Go Battle League features Rank 1 to Rank 10. Let us have a look at the Rank requirements according to the leak data.

Have a look at a more detail compilation in an image by Pokeminers. 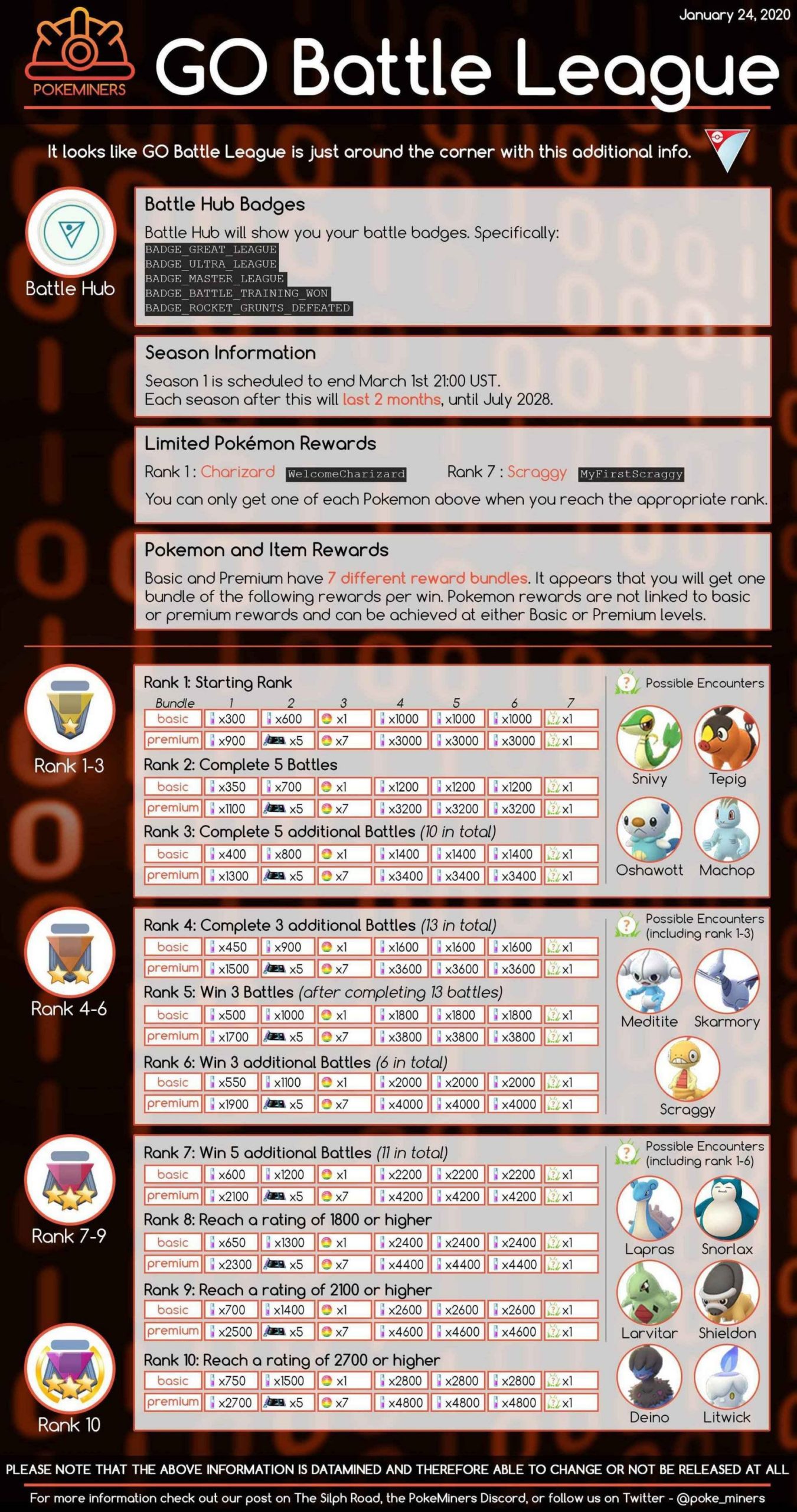