Overcooked was released on August 2, 2016, and its highly anticipated sequel Overcooked 2 was released on August 7, 2018, both of which were developed by a 3 person game studio, which has now received a remastered version for the newer generation consoles. Overcooked All You Can Eat which was released on March 23, 2021, includes DLC from both games, new content, an assist mode, and many other features which we will get into, however, many players have been wondering whether the game supports or will support crossplay or not? we will address what we know regarding this question about the game Overcooked All You Can Eat further into the article.

The game has 200 kitchens and 120 chefs for players to choose from, overcooked veterans will have even more levels to check out and skins for all the characters, they have even added achievements and trophies that can be won.

Overcooked all you can eat has remastered versions of Overcooked 1 and Overcooked 2, overhauled visuals, 4k resolution, 60 frames per second, and much faster loading times. The game is continued to be updated regularly, it received a free update last month for Overcooked fifth birthday and had held some fun activities, including a cake baking competition with a chance of winning a PlayStation 5 and a copy of Overcooked All You Can Eat. 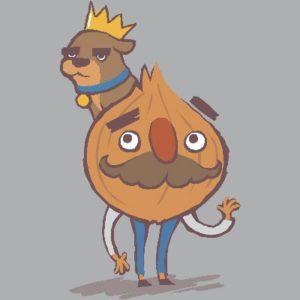 Does Overcooked All You Can Eat have crossplay?

Overcooked All You Can Eat is the first time the game has gone completely online, with a fully integrated multiplayer, players can not only experience kitchens with a completely new visual remake but can also play with friends on different platforms as crossplay is also enabled and can communicate with each other through a voice chat, according to the team, a shared multiplayer queue means reduced waiting times for games and more times for you to undergo culinary challenge.

You can buy the game for the PlayStation, Xbox, PC and Nintendo switch right now and jump into the culinary action.