Predator Hunting Grounds is an asymmetrical multiplayer game, you can either hunt or be hunted in this game. You play a part of the fireteam, where you have to complete missions before the Predator hunts you down or you can play as the Predator and hunt down the fireteam and prevent them from completing their mission. The game was released initially on April 2020 for PlayStation 4 and PC through the Epic Games store, recently it received a release through Steam on April 29, 2021. Many players have been wondering whether the game supports crossplay? we will go into what all we know regarding this for the game Predator Hunting Grounds further in this article.

Before we get into whether the game has crossplay functionality or not, it should be mentioned that a new DLC pack has just been released for the game on August 31, 2021, called the Cleopatra Predator DLC pack, alongside this DLC update comes a new patch, which fixes many bugs and issues which players were facing in the game and as well adds some new features and content which have been listed below.

To read more about the patch notes, visit their steam news tab here. 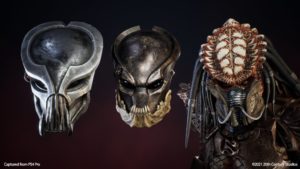 Does Predator Hunting Grounds have crossplay?

As mentioned earlier, the Predator Hunting Grounds had a release on Steam earlier this year, April 29, 2021, with that release the game also had crossplay functionality added for it, hence, players on different platforms can play together with each other without any issue, however it has been stated that the progress remains only on one platform and is not transferable, meaning the game does not support cross-progression.

So add your friends and get straight into a game!