Realme Narzo 20A sold out!

Realme is into some amazing stuff this year but who knew that the brand’s fan base has grown this massively. The huge Chinese smartphone company announced Realme Narzo 20A on September 21, 2020. This device is an entry-level smartphone whose base variant is expected to cost around 100 EUR.

Again, who knew that the fans would end up loving the smartphone so much that they’ll end up pre-ordering over 10,000 units! Yes, 10,000 Realme Narzo 20A units sold out! This great piece of news was shared online by the CEO of Realme on Twitter.

Excited to see more than 10,000 users have already chosen to feel the #RushOfPerformance by pre-ordering the #realmeNarzo20A.

RT if you are one of them. pic.twitter.com/FDwBNltI5Z

This isn’t the first time Realme has sold out a huge number of devices even before release. A similar scenario was witnessed before the release of the Realme 7 and Realme X series.

Realme Narzo 20A is expected to release by the end of September 2020. This device will be available in two variants- 32GB 3GB RAM and 64GB 4GB RAM. The Narzo 20A will be selling out in Glory Silver and Victory Blue colors. This amazing looking device will be powered by Snapdragon 665 chipset, decent enough for the cost. 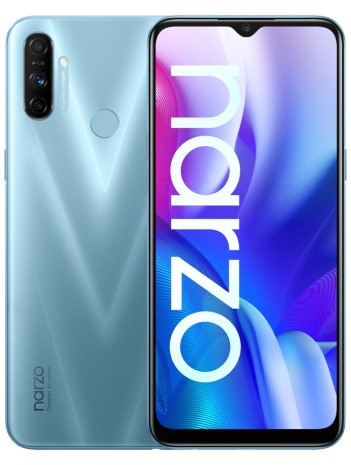 For starters, the Narzo 20A comes with a 6.5-inches display (IPS LCD screen). This device will equip a triple camera at the rear end where 12MP is the primary sensor, 2MP is for depth, and another 2MP camera- well, a depth sensor too! The front camera is an 8MP selfie shooter. Disappointed? That’s covered up by a generous 5000mAh battery. Stating the obvious, the Narzo 20A will boot on Android 10 OS.