Outriders is an upcoming video game which includes cooperative role-playing with astounding graphics and next generation updates. This game is expected to be giving a dark and thrilling vibe to the player. Outriders Beta was available from 25th February 2021. This game is set to be released on 1st April 2021. This game is published by ‘Square Enix European Subsidiary’ and Developed by ‘People can Fly’. This game includes both, Single Player as well as Multiplayer modes. It can be played on various platforms such as Microsoft Windows, PlayStation 4, PlayStation 5, Xbox One, Xbox Series X and S and Google Stadia. Outriders is supported with full cross-play support which means that player playing from different platforms can play together. 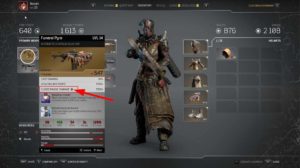 Many people get confused that does Outriders has Crossplay mode in beta version or not? Answer to this question is YES, it has Multiplayer mode in beta version also, but it is turned off by default for some reasons. As it is the beta version of the game, some things in the multiplayer mode must be getting tried and tested. So, maybe it is turned off to keep players away from bugs that the game must be facing in trials. But you should not worry about this as you can change this default setting of the game simply by following these steps:

Cozy Grove release date for 2021: When is it coming out on Switch?