A newly released game often packs a lot of glitches and bugs and the Outriders game is no exception. From experiencing Blurry visuals to faulty key-bind settings, it seems that the game was released in a rush without proper testing. However, if you are facing these issues but want to enjoy the game, we have a few workaround tricks which can help you fix them. Here’s everything you need to know.

Well, along with fps drops, stutters, and a few crossplay issues in Outriders, the game just isn’t finished with bugs at all. This time players are facing the issue where the visuals on PC appear smudgy or blurred. Well, that isn’t a feature for sure so, it should be fixed ASAP. Along with it, many others have reported that they can’t edit certain keybinds in the game as they did in the Demo version. The devs have acknowledged the issue and are currently working to find out exactly what is causing the problem. However, with all these issues, the game becomes almost unplayable but we have a bunch of tricks that are reported to have fixed the problem. Continue reading to know more. 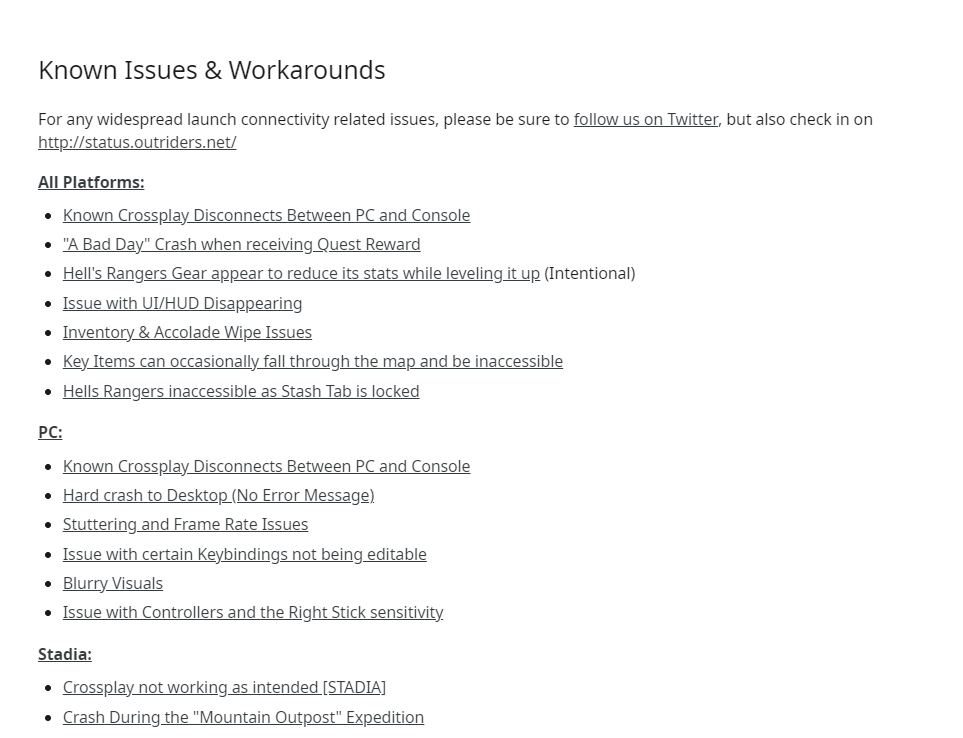 Well, if you are determined to play the game despite it being a bug fest, here are some workaround tricks to help you ease the pain of playing it.

I have found the fix. Possibly. I went back into demo (your character will be reset) however, I reset controls to default with the button offered (all controls were default already) but I still clicked it. Then I quit to desktop, uninstalled the demo on steam, and in the official game I can now change bindings with ease.

Note- These are just temporary workarounds and not permanent solutions. The devs are investigating these issues & will provide a permanent resolution in the new patch update.

Well, as of now, the devs haven’t updated us with the information we all are desperately waiting for. However, we expect that it might be released in a day or two as they don’t want their players to be experiencing such problems for a long time.

Is OfferUp legit for PS5? Know details from here

Is OfferUp legit for PS5? Know details from here