Outriders game is released for various platforms but many players are facing issues regarding crossplay. So, in this article, we will be showing you some temporary fixes which might get the game fixed. Here’s everything you need to know.

Developed by People Can Fly and published by Square Enix’s European subsidiary, the game boasted itself as a new co-op 3rd person RPG shooter supporting full cross-play and free next-gen upgrades. But since its release, the game has been facing many issues. And that’s completely normal for a new game. However, players who were expecting some impressive gameplay are currently disappointed due to this. So, let’s talk about what is happening right now in the game. 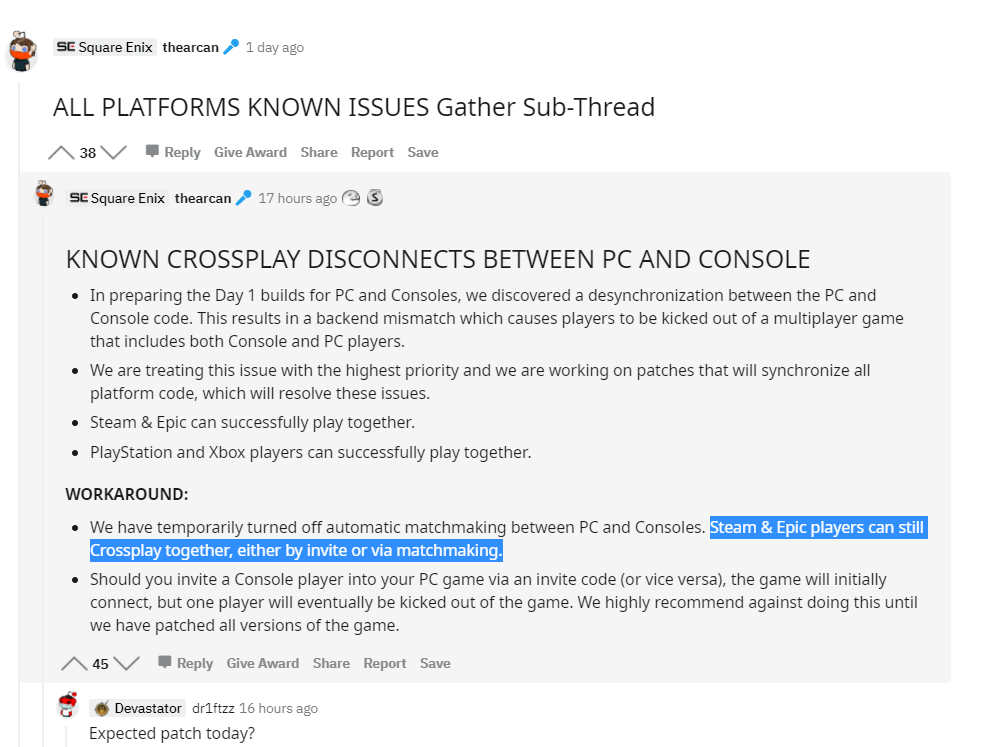 After the release of the game, the devs have found out that there is a desynchronization of codes for both PC and console which is causing the crossplay issues in the game. As stated by the devs, they are currently treating this issue with the highest priority. So, now the crossplay is disabled for the time being.

The devs of Outriders have stated this-

We don’t yet have an ETA on the patch, but it unfortunately will not be today. We will provide news on it’s release as soon as we are able to.

So, we expect the patch update to be released in 2 days or so.

However, if you really want to play the game, there are some workarounds to help you do it.

The devs are currently working on a fix but they have temporarily added some workarounds to fix the errors and enjoy the game seamlessly.

Automatic crossplay matchmaking has been disabled. Therefore, Steam & Epic players can still Crossplay together, either by invite or via matchmaking, and Console players can use the crossplay feature too(PS and Xbox). However, if you try to invite players from other platforms to your lobby, they will be kicked out of the game eventually. So, it is recommended to wait until a permanent fixed is provided.

Well, remember that these are temporary fixes. The devs are investigating the issue & will provide a permanent resolution in the new patch update soon.