Google released the stable version of Android 11 earlier this month for its Pixel line of smartphones. Similarly, other smartphone manufacturers such as Realme, Oneplus, Oppo, Samsung, etc. also started to work on giving updates to their users.

Last month, Samsung started an Android 11 based One UI  3.0 beta program for the Galaxy S20 series. The 1st beta update was made available from September 15, 2020. Now, the South Korean company is planning for a 2nd beta update and it will be available for Samsung’s latest flagship series very soon.

This news was leaked by a twitter user Rydah, who leaks information related to the Samsung phones. He said, “OneUI 3 Pre-beta 2 is coming real soon. Samsung is working super hard on these build like never before.” 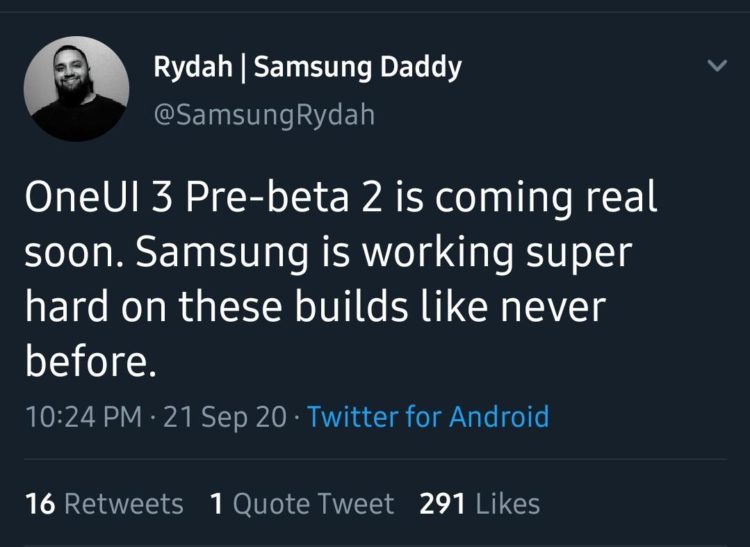 Android 11 based One UI 3 comes with exciting new features from Samsung and Google based on feedback from users like us. For a better experience, Voice Assistant has been replaced by Talkback. You will get an improved Quick menu using multi-finger gestures with Talkback.

Few apps such as Calculator, Samsung Internet, Samsung Pay, Samsung Health, and Samsung Notes, need to be updated individually after you update your OS to optimize these apps to the latest version of Android.