No more betas henceforth for the OnePlus 6/6T

Name a brand that has a record of each of its devices being a superhit. Well, if your answer is OnePlus then my friend, you are correct. With the launch of the Oneplus 8 series, the brand has conquered a whole new position for itself in the industry. Pretty much every OnePlus device has been a massive hit in the market. Apart from the incredible performance and design, these devices also come with OxygenOS. This is by far one of the most amazing custom OS out there. All these things make it pretty clear that OnePlus offers a complete package. But, what about support after purchase? You don’t need to worry about that at least if it’s OnePlus you are talking about. 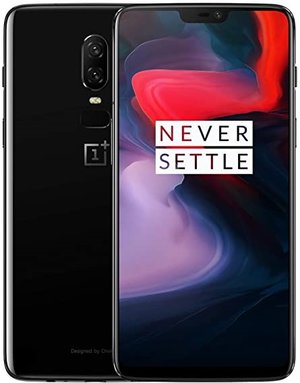 The OnePlus 6 and the 6T come with a beautiful Optic AMOLED display. They house the Qualcomm SDM845 Snapdragon 845 chipset for better performance. The devices offer up to 8 GB of RAM and 256 GB of storage. They also feature a dual-camera setup at the back with a 16 MP primary sensor. On the front, the devices have got a 16 MP selfie shooter housed in a notch. The OnePlus 6 is fueled by a 3300 mAh battery while the 6T has a 3700 mAh battery with 20W Dash Charging support for both these devices. OnePlus 6 came with Android Oreo out of the box and got updated to Android 10 in January. Contrary to which, the OnePlus 6T came with Android Pie out of the box and currently runs the Android 10.

OnePlus rolled out the Open Beta 6 to the 6/6T a few days back. The update brought along with it tons of improvements, bug fixes, and some other features as well. The latest stable update for the OnePlus 6/6T as of now is the Oxygen OS 10.3.2. OnePlus has now officially stated that they will not be releasing any more Beta updates for the OnePlus 6 series. Open Beta 6 is the last beta update these devices received. All of this came out from the official OnePlus community forums. This came, as a result, to support more new devices in the Beta program and ensure the smooth working of it as well.

Well, OnePlus will obviously not leave the devices just like that. To fix the bugs in the Beta update, OnePlus is rolling out another build for the 6 series devices. Well, this is not an incremental update rather a rollback build. This will downgrade these devices to the stable OxygenOS 10.3.2 from the latest Open Beta 6, which the devices are currently running. You can rollback your device using this build. Make sure to make a backup of all your important data if you plan to rollback as this is going to wipe out everything in the device.

So, no more beta updates for the OnePlus 6 series. This was a rather necessary thing to do to support more new devices in the Beta program. The OnePlus 6 series is already two years old now and has already received a lot of updates in the past. Now, its time for other devices as well.

Stay tuned for further updates on OnePlus 6/6T and more such related content. Also, share this article with all those OnePlus users who were wondering about the Open Beta updates lately.