Genos has entered in the battle

One Punch man chapter 120 is finally out. Unlike previous chapters, the chapter was no so much about the battle. After defeating G5, Genos takes the whole support team along with Wagamama on his back and runs with full throttle to evacuate them in a safe area. Before entering the safe zone, he burns the two monster from the raging blasts coming out his newly modified body.

The chapter also shows a flashback of a conversation between Genos and Drive knight where Drive Knight tells Genos not to blast off Neyan as he will conduct experiments on it to become more powerful. At present, officials apologise Genos to keep him in shadow about the plan and order him to take action. In the end, Genos then entrusts Waganma in Food Battler Futoshi’s care and prepares to enter the Monster Association hideout with information on monster’s main force provided by Sekingar.

In chapter 121, Genos will likely to enter in Monster Association hideout where he might encounter a monster of dragon level. On the other hand, Fubuki and Fang will also reach the hideout on their own. 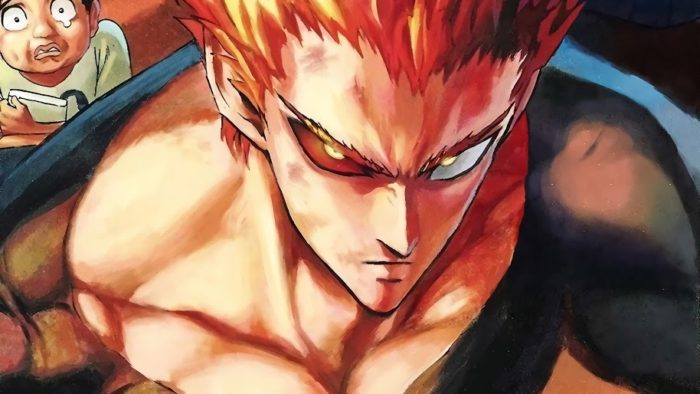 You might have noticed Garaou in the more monstrous form in the opening page of the chapter. I think the time has come when he will make his move after defeating Puri-Puri prisoner. I am standing with my previous predictions that Garaou will face Superalloy Darkshine and beat him to half-dead state, but most of the chapter will focus Genos and a show of his upgraded form.

What do you think about One Punch Man Chapter 121? Tell us in the comment section.

[Update]: According to the latest update, One Punch Man Chapter 121 release is pushed back.

“Thank you for waiting. And it is the Jean version One Punch Man, but the update is delayed because the book work was pushed. The progress will be announced again.”

Since the release date is pushed back due to volume work, means he’s probably working on the bonus chapter. Also, there can be a possibility that a longer chapter will be released.

We will keep updating you regarding the new release date of One Punch Man Chapter 121.