Luffy announces a war against not one but the most powerful Yonkos of the sea, Kaido and Big Mom. Strawhat, Heart and Kid pirates having an alliance with The nine Red Scabbard will be facing against Kaido and Big Mom pirates. Well, they were already at war, but Luffy just openly announces it to everyone.

Something unexpected happens to Kaido. The Scabbards swords damage Kaido’s skin and this not only shocking to Kaido but also the Beast pirates. The Beast Pirates instantly understand the situation, stops partying, and are ready for the battle. Nami and Carrot escape in the chaos caused by Scabbards. While Scabbards are fighting Kaido, Yamato also wants to fight him as he was chained with Bomb for so many years. But Yamato and Luffy first need to deal with Ulti and other Tobiroppo, till then Scabbards will be fighting with Kaido. Law, Zoro, and Kid will be joining the main forces soon. Marco will be fighting Perospero as they both arrived at the castle at the same time. 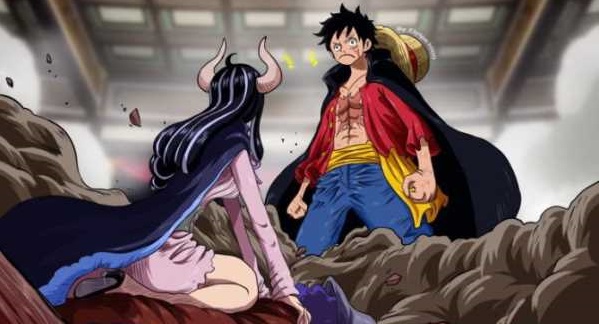 Kaido sees Oden’s will in them and accepts their challenge. He transforms in his Dragon form and will fight them in an open space just like he fought with Oden that day. While Kid, Law, and Zoro dealing with the Headliners, Luffy announces a full-scale war on Big Mom and Kaido.

In the upcoming chapters, the fight will continue between Scabbards and Kaido. A very good thing for Minks is that it’s a full moon so they can go into their Sulong form. Fans can finally get to see long-awaited Inuarashi and Nekomamushi Sulong forms. But Kaido won’t go down. Scabbards might lose the fight but will be able to injure Kaido enough so that Luffy and others can finish the job. There is a very serious threat roaming freely that also needs to be dealt with, that is Big Mom she is very angry on Luffy and might attack him if not distracted.

Orochi will be coming back from the dead because he has the ancient mythical snake zoan model Yamata no Orochi, which allows him to transform into an eight-headed snake. Since Kaido only sliced one of his head it’s probably likely that he will be back. That’s not the only reason, fans also want to see Zoro, Hiyori, Momo, and Scabbards kick his ass for what he did to them and Oden. 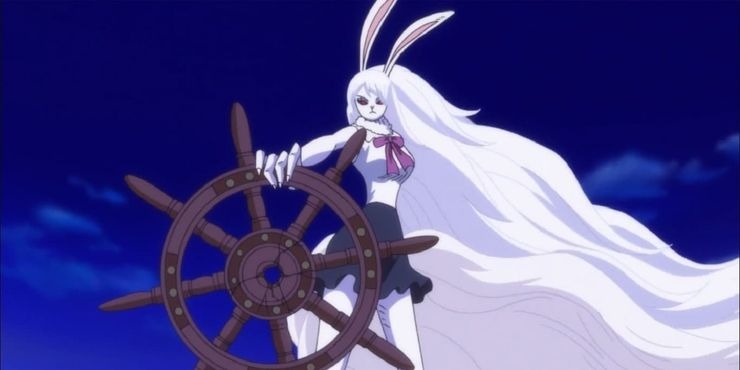 The latest chapter released on the 10th of August 2020. And since there will be a break next week, the next chapter will release on the 23rd of August 2020 on the official sources like Viz.com.

WHERE TO READ ONE PIECE CHAPTER 988 –