POCO phones were the most popular devices in the budget flagship range until Xiaomi decided to come up with the ultimate K series. The first device launched in the K series is the Redmi K20 smartphone. Its been one year since the launch and Redmi K20 still stands out as one of the best devices for the price range. The latest launch in this series is the Redmi K30 Pro and here we are, with another device teased in the same line-up.

Redmi K30 Pro is still not available in many countries including India. But Xiaomi is already set to release the successor- Redmi K30 Ultra. So, here are the details about the recent benchmark appearance made by the K30 Ultra.

As the name suggests, the AI benchmark analyses the AI performance of devices, which include the GPU and CPU scores, overall hardware performance, and much more. Redmi K30 Ultra has appeared on the AI benchmark website with several other devices like IQOO Z1 and Redmi Note 10.

The benchmark listing has revealed the most important detail about the K30 Ultra that fans were keenly searching for. It is confirmed that the Redmi K30 Ultra will be powered by MediaTek Dimensity 1000+ processor.

Other than this information, most details about Redmi K30 Ultra are known. The base variant of this device will come with an 8 GB RAM and 128 GB ROM. The K30 Ultra will flex a 6.67 inches display whose resolution would be 1080 x 2400 pixels and pixel density would be 395 PPI. The front display Is rumored to be an IPS LCD screen. 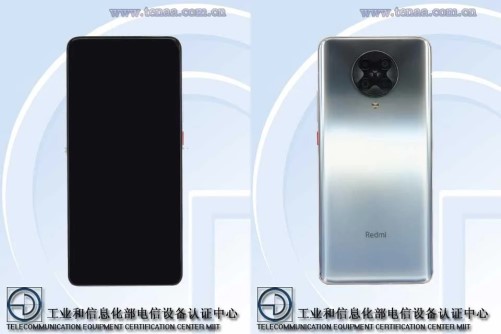 Redmi K30 Ultra will equip a quad-camera setup at the rear end where 62MP would be the primary sensor. The other cameras in the module would be 13 + 5 + 2 MP. The front camera is will be a 20MP selfie shooter on a motorized pop-up camera, just like its predecessor. With an Android 10 OS and 4500mAh battery, the K30 Ultra is expected to cost around Rs. 36,000.

We post related content and exciting updates every day, so stay tuned! Also, share this article with all those who are waiting for Redmi K30 Ultra.