Omen hunts in the shadows. He renders enemies blind, teleports across the field then lets paranoia takes hold as foes scramble to uncover where it might strike next. 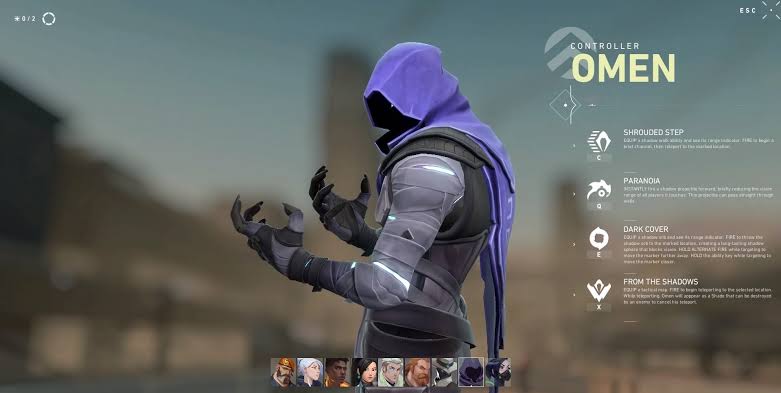 With that accurate description and introduction to Omen, it’s pretty clear that this is going to be about him. More accurately this is going to be a guide about Omen’s ability to teleport and the audio cues he leaves behind. Omen (codename Wraith) is an agent in Valorant whose ability grants him teleportation. Using this, Omen can quickly traverse the map and strategically take out his enemies. His teleportation and landing has a distinctive sound in Valorant. 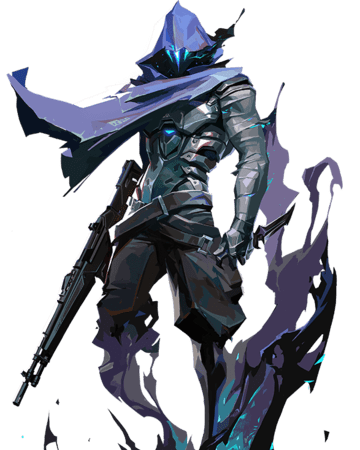 This guide will be focused towards players facing Omen in a gunfight so that they can better understand the mechanics of his ability. If you are using Omen then you might find this useful as well. 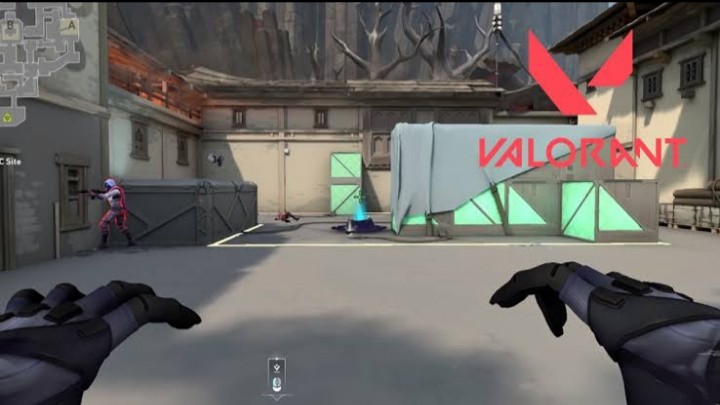 As mentioned earlier, Omen’s teleportation generates a sound and so does his landing. This sound is affected by the distance between the point of landing and the listener. It is directly proportional which means the further you are the fainter it will get till its eventually completely silent. This sound is unaffected by the player’s line of sight. In simpler words, if a wall or smoke blocks your your vision towards the landing, the sound cue will still be audible. It purely depends on the distance.

Omen can take advantage of a player by teleporting behind them and getting an easy kill. One has to have inhuman reaction time to counter his teleportation speed if Omen is already pre-aiming at them. The only way to get around it is to stay alert for the landing sound in your vicinity or predict his teleportation landing and pre-aim him.

The landing sound is an important giveaway for Omen’s position. Thus covering it up becomes important for players using this agent. There are many sounds in the game which can muffle or sometimes completely cover the landing audio. 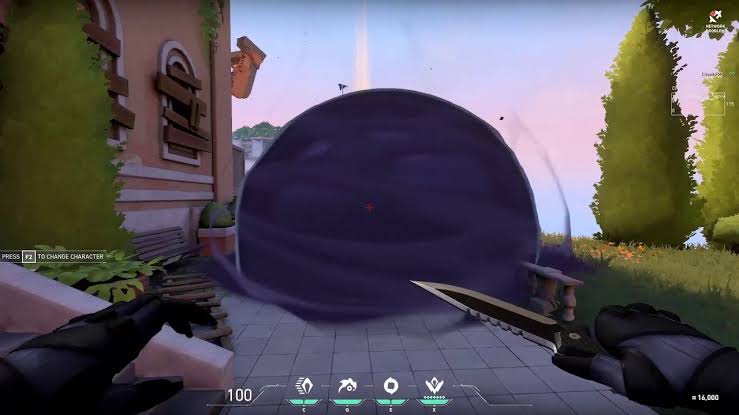 Thus general in-game audio can be exploited by smart players to hide their landing as Omen. Therefore if you are going up against him, it’s better to reduce this noise and listen for the sound cues.

What can you hear ?

The audio clip which plays when the teleportation begins is very loud. In fact so much so that it can be heard across bombsites. It cannot be heard across the map but the distance up to which it is audible is sufficiently large. It is enough to get you ready to counter him. 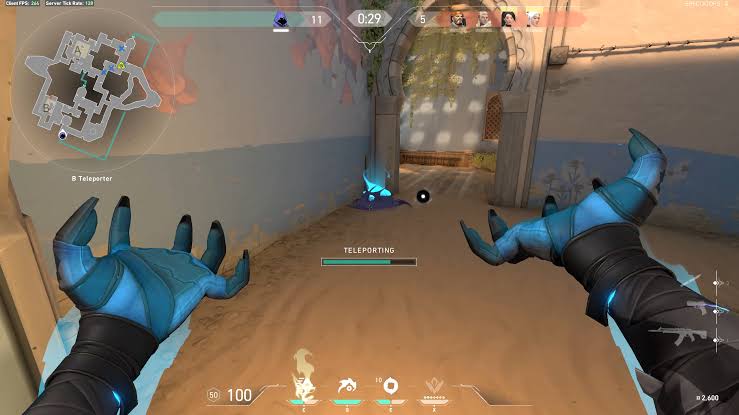 We hope that this guide taught you something useful and you will feel more confident when going up against Omen.