The developers at Wizards of the Coast have brought two major bans to Magic : The Gathering (MTG) Arena today. Announced on Twitter, the Banned and Restricted list update will be in effect from today itself. 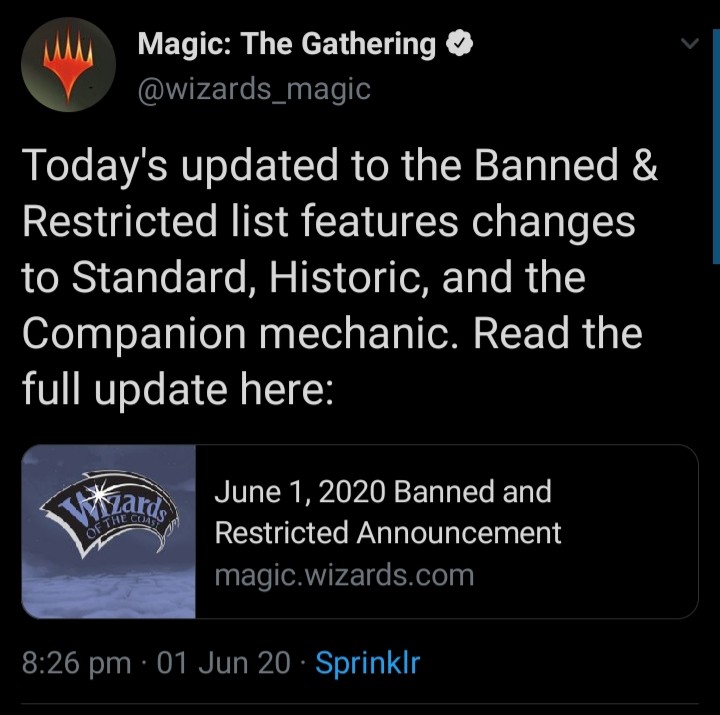 For sometime now, players have had some issues with the “Fires of Invention” decks. It had been a topic for debate for tilting the balance of the game. Senior Game Designer at Wizards of the Coast, Ian Duke stated, “Over the course of the last several weeks, Fires of Invention decks have risen to have a dominant win rate and metagame presence in Standard, achieving a 55 percent win rate and having even or favorable matchups against each of the other top ten archetypes.” 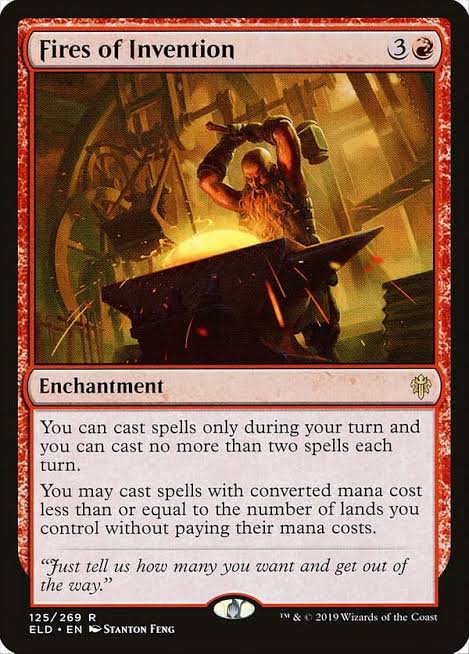 In simpler words, the win rate of Fires of Invention decks have increased exponentially. This has caused other decks to become redundant. Thus the Banned and Restricted list update has been implemented to restore the variety of decks players use.

Another standard card, Agent of Treachery has been pointed for having similar game balancing issues. 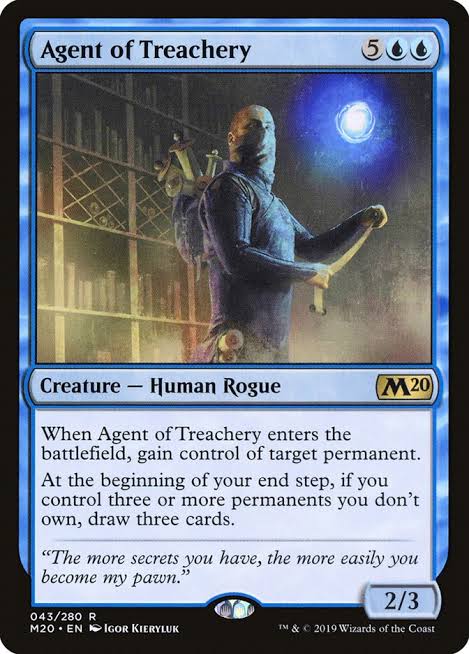 “We’ve seen a rise in archetypes that use either Lukka, Coppercoat Outcast or Winota, Joiner of Forces to put Agent of Treachery directly into play,” Duke said. “While part of the design intent of these cards was to provide creative ways to deploy powerful high-mana-cost creatures, we’ve observed that using them to play an early Agent of Treachery can be uniquely frustrating to play against and difficult to come back from.” 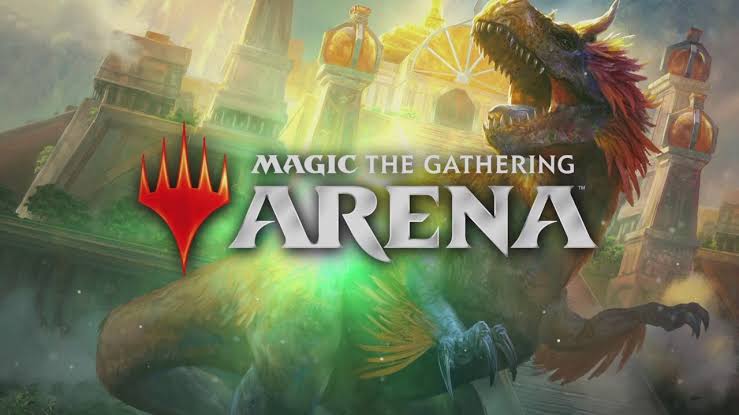 Thus Wizards of the Coast has banned Fires of Invention and Agent of Treachery from the Standard deck. Furthermore they have been suspended from Historic for the same reason. Apart from the list being updated, Wizards of the Coast have also brought minor changes to the Companion Rules. For more information in detail check out the full update here.