In the past few years, Indian consumers have grown more and more friendly with E-commerce. The two major online retailers of the Indian scenario, Flipkart and Amazon continue to grow their stronghold. They know a thing or two about an Indian consumer and target those tendencies with great accuracy to generate profits. Talking about Indian tendencies, festive periods are usually considered great for two reasons. One because everyone loves to celebrate these with exuberance and two because everyone gets something they wanted. The best case scenario, I mean. So both Flipkart and Amazon have put their study to good use and have been feeding us Year’s biggest sale, come the festive season. You don’t need a reminder, but still, Flipkart’s Big Billion Days and Amazon’s Great Indian Festive Sale are back. Among a few great tech deals, we believe you should take a look at Offers on Samsung SSD.

970 EVO Plus, PSSD T7 and other Offers on Samsung SSD

Well, it’s usually those heavy on wallet products that people look for when the word SALE rings in their ears. Samsung made a note of the same and responded with Offers on Samsung SSD hard drives. In the past couple of years, the transition from HDD to SSD has felt like the need of the hour. Quite often, when we are restricted by a budget, we tend to compromise a feature here and there. This has been frequently noticed when transitioning into entry level laptops falling towards a high specification sheet. Most people settle for good GPUs or latest processors, or some specific display panel, compromising on efficient memory. So this time around you have a great chance of redeeming yourself by spending on external or internal SSD of your choice. We suggest you keep the following SSDs, both internal and external in your mind whilst purchasing. 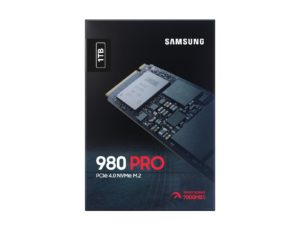 The PSSD T7 Touch is among Samsung’s most efficient external memory drives. With USB 3.2 connectivity port, it offers a blazing 1,050 MB/s download speed. It should be available around the price range of 8,999 INR. PSSD T5 would also be available somewhere around 5,999 INR if you’re looking for an even affordable option. Samsung’s EVO and QVO internal SSDs will also be available at slashed prices. In EVO range you have SSD 860 EVO and SSD 970 EVO PLUS. Both of these should be available under 6,499 INR. The 870 QVO also will be available at a starting price of 8,999 INR. The 870 QVO achieves a maximum SATA interface limit of 560/530 MB/s sequential speeds. Well, off you go now, shortlist the SSD of your choice.

Dota 2: Valve tells us about New Hero in November, MMR Calibration and Updates