GTC or GPU Technology Conference is the event where Nvidia talks about data science, machine learning, AI, and graphic technology. Nvidia has announced that it will be holding the conference from 12th of April to 16th of April. Following the event, will be Deep Learning Institute (DLI) workshops, panels and discussions with the experts. The event will be free to attend but the participants of the DLI workshop will have to pay US$249 to attend.

The conference will be all about the new technologies that the company has under development for transforming today’s industries. A question on everybody’s mind is that will be there any announcements for gamers? Well, that is something that we aren’t sure about too. Usually, Nvidia does not announce any consumer products at the GTC event but with the RTX 3080 Super and 3070 Super’s rumours increasing, there could be possibility that we might hear a thing or two. 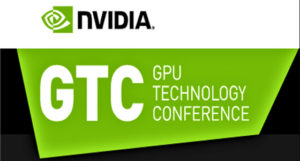 Nvidia’s GTC event is free to watch and won’t require any additonal software or hardware. Just a stable internet connection and a computer or mobile, and you will be ready to watch. Although, the company recommends you to upgrade your browser to the latest version. You can register here for the event. The keynote will start at 8:30am PST, you can also watch the keynote later in the day if you are not in a timezone that will suit live viewing of the event.

Apart from this, Nvidia’s RTX 3090FE came back in stock in the U.K. You can check the details about this by reading our article from here.