We all know, Nokia is one of the largest smartphone manufacturers across the globe. Nokia manufactures some of the best quality smartphones available out there. Well, not just the devices themselves, but Nokia is also known to provide great software to its devices. Nokia devices come with Android One and the pure stock Android look and feel to it. This is what makes Nokia devices loved by many users. The Nokia 9 PureView and 8.1 are two of the best Nokia devices we have seen to date. Nokia 9 PureView was launched back in February 2019 while the Nokia 8.1 was released in December 2018. 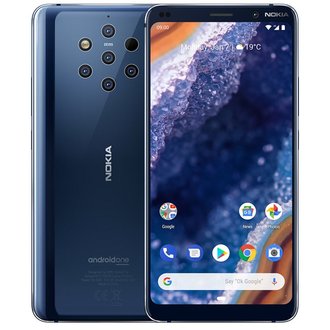 The Nokia 9 PureView, being sort of a flagship device, features a 5.99 P-OLED screen. The device is powered by the powerful Qualcomm SDM845 Snapdragon 845 chipset. It comes with 6 GB of RAM and 128 GB of storage. The device also features an iconic Penta-camera setup at the back of 12 MP each. It also has a 20 MP selfie shooter on the front. The device is fueled by a 3320 mAh battery with support for 18W fast charging.

The Nokia 8.1 has a 6.18 inch IPS LCD display. The device is powered by the powerful Qualcomm SDM710 Snapdragon 710 chipset. It offers up to 6 GB of RAM and up to 128 GB of storage. The device also features a Dual-camera setup at the back with a 12 MP primary sensor. It also has a 20 MP selfie shooter on the front. The device is fueled by a 3500 mAh battery with support for 18W fast charging. 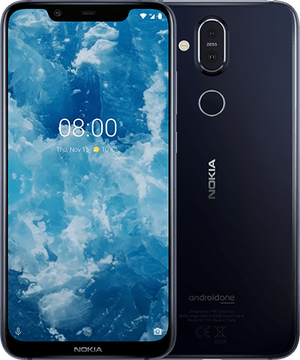 Well, both these Nokia devices came with Android Pie out of the box and currently run on Android 10. These devices started receiving the Android 10 update a few months back. All the OEMs these days are rolling out Android Q updates to their devices and Nokia is not behind them. But that’s not all, Nokia has recently rolled out yet another update for these two amazing devices. Yes, you heard it right. These two devices are currently receiving some new updates.

The OTA update is around 32 MB only. All the units worldwide are receiving this OTA update, which is currently rolling out.

While the Nokia 9 PureView is receiving the March Security Patch, the Nokia 8.1 is receiving a relatively huge bundle. Nokia 8.1 is receiving a major update to the Android 10 system along with the March Security Patch. The update comes with the Android 10 firmware version V4.30B. The update brings with overall system stability to the device along with other major changes. It also brings with it improvements in the user interface, and we get to see a much better and enhanced UI.

The OTA update is around 401 MB in size. All the units worldwide are receiving this OTA update, which is currently rolling out.

Stay tuned for further updates on the latest Nokia updates rolling out for Nokia 9 PureView and Nokia 8.1. Also, share this article with all those people who had been waiting for these updates.