Most of us as kids and growing teenagers have faced this period of obsessions with PC games. To those who had a knack for gaming and along with it the luxury to afford invested separately in PlayStations and the Xbox(s). Many like me were persistently trying to arrange games from everyone and anyone we had a contact with. Sometimes those games ran as smooth as a hot knife through butter, other times well, your PC had other plans for you. Many PC users in their life experience the dilemma of whether or not to switch to a gaming laptop. High specifications and latest tech is part and parcel of it, but so is a raid on your wallet. MSI is one brand that stands out in this segment with a great fan-base. In an effort to ease your transition they have announced the MSI Alpha 17 and 15.

The Alpha brings with itself the promise of high-end gaming thrill while also handling all your bulky software with ease. The new versions will see off the already existing AMD variants, the Alpha 15 and Bravo 17. Bravo 17 ran on Ryzen 4000H processor coupled with Radeon RX 5500M GPU. The outgoing Alpha 15 had a top-end variant with Ryzen 7 4000H CPU paired with Radeon RX 5600M GPU. The MSI Alphas will now truly live up to their name thanks to Ryzen 7 4800H + Radeon RX 5600 combo. This package is built on a 7nm architecture that has helped AMD compete with NVIDIA’s RTX 2000s. Heavy workloads are expected to be handled better along with immersive gaming experience. MSI intends to become real heavyweights in the Gaming segment following the announcement of Oculux NXG253R. 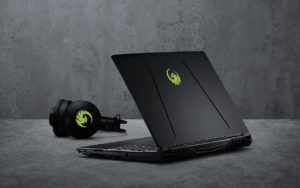 To single out a few, GTA V, Shadow of the Tomb Raider, Borderlands 3 and related would become particularly enjoyable. This will be owing to the 144 Hz refresh rate with FreeSync Premium Display being offered as an option. With Cooler Boost 5 and 7 heat pipes installed, excessive heating and complementary issues while gaming will be minute. With NVIDIA supporters boasting of the new Ampere-based GPUs, AMD faces the threat of being neglected again. I think its injustice to call AMD inferior to NVIDIA, after the good they have done to gaming space. MSI looks to believe in AMD, so can you.