Well, card maximization requires a high level of patience in Clash Royale. Even for the players who are playing this game for a couple of years, this slow process is quite frustrating. But in a recent update, SuperCell introduced new items that will resolve this highly irritating issue. These new items are called “Magic Items.” These magic items will help you in upgrading your accounts and decks-quite easily. One of such magic items is the Magic coin. Let’s dig deeper into understanding what is Clash Royale Magic coin and where are they found. 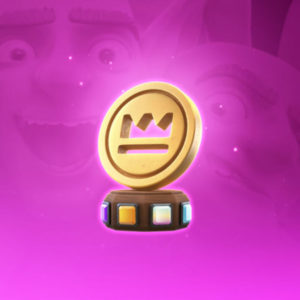 Magic items are consumables that can be used to boost or advance cards, as well as open chests. Furthermore, these Magic items will help the players to streamline their progression in the game and avoid the excessive grind for card maximization.

There are five new kinds of Magic Items, each with its own special ability. The five new Magic Items are Wild Cards, Book of Books, Chest Keys, Book of Cards, and Magic Coins. It is important to note that the chests will only feature the Wilds cards and not any other Magic Item.

What is Clash Royale Magic Coin?

Earlier, the players need to spend a big amount of gold just to upgrade a card. Upgrading cards is a big priority in Clash Royale, so, unfortunately, the players had no other way. But with Magic coins, things are about to change. The Magic Coin will now allow you to immediately upgrade a card without having to spend any gold, effectively granting you a free card upgrade. Interestingly, this Magic coin can be used with any rarity in the game.

Where to get  Clash Royale Magic coin?

The Magic coin can be obtained from Pass Royale, Special challenges, Global tournaments, Trophy road, and from the Shop.

Q1. What is the new Clash Royale season called?

Q.2 When will the new season of Clash Royale begin?

Ans. The Clash Royale’s S22 will begin on April 5.

Q.3 How many types of Magic Items are there in Clash Royale?