Need for Speed (NFS) Unbound is just around the corner and folks are excited to burn some fuel. While the game will officially roll out on December 2, a lot of people have already got their hands on it through EA Play. Now, NFS Unbound is a fairly unique game in the Need for Speed series. It has multiple camera angles that allow you to look at your cars from different directions. Naturally, folks are curious about this feature of the game. So, we are going to tell you about all the camera angles that are available in NFS Unbound.

Need for Speed games has a lot of different features that elevate the gameplay. The different camera angles allow you to watch your cars and the race from several perspectives. A lot of players also like to race in the first-person view while others like the third-person perspective. The choice to change the camera angle in order to achieve this gives you a lot of immersion. NFS Unbound also has a lot of camera angles. Now, folks want to know how many of these angles are there in the game and how can they access them. So without further ado, let us begin. 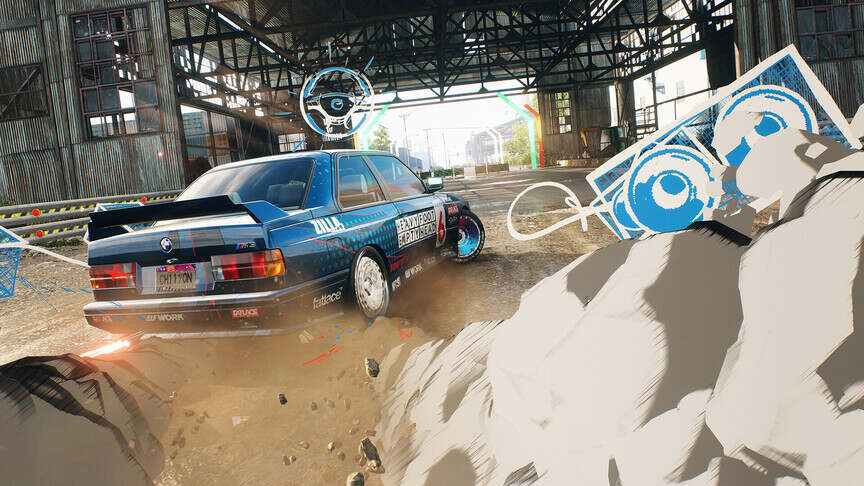 There are a total of five camera angles in Need for Speed (NFS) Unbound. We have listed all these angles below. Unfortunately, the developers have not added a dashcam/cockpit camera angle to the game. This is quite disappointing because a lot of players who own a driving wheel prefer that camera angle as it gives a realistic feel. Anyways, the list of camera angles featured in NFS Unbound is shared below.

This is the default camera angle in the game. As the name suggests, this camera angle shows the car from the back and is placed quite near the vehicle. While it does not pose any problem when the car is stationary, you might want to switch to a different camera angle while racing.

The far camera angle is one of the best camera angles in the game. It gives you a wider view of the vehicle and the road. This allows the players to avoid obstacles while driving and get a better look at the surrounding.

The action camera angle gets the view super close to the back of the car. Although it is too near the vehicle, this camera angle looks quite good when you’re racing. It also shifts automatically when you drift the vehicle around tight corners.

The hood camera angle is also a preferable choice for players who like to get a more immersive feeling while playing racing video games. Although it is not as good as the steering wheel/cockpit camera angle, it still allows you to feel the motion of the car from a slightly realistic angle.

So, these are all the camera angles available in Need for Speed (NFS) Unbound. This also brings us to the end of this article. We hope that you found it helpful. Stay tuned to Digi Statement, and happy gaming.