by Jigar Panchal
in PlayStation

Mortal Kombat 11 is a fighting game published by Warner Bros. Interactive Entertainment and developed by NetherRealm Studios. It is the eleventh main edition in the Mortal Kombat series and a sequel to 2015’s Mortal Kombat X. It runs on a substantially modified version of Unreal Engine 3. This game has gained popularity over a short time period but faces some issues on gaming consoles like ps4 and Xbox. One of the errors that Mortal Kombat 11 faces in PS4 is the Error code WS-43699-1. If you are facing this error too, and want to resolve it, we have it all covered in this blog for you! 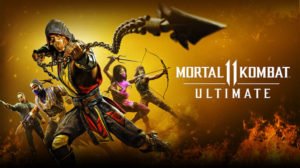 Mortal Kombat 11 is a 2.5D fighting game, like the previous three entries in the series, including MK Mobile.

The WS-43699-1 error on PS4 says ‘This Game is not Available. Try again Later’. Many users face this error while loading the game. This error is unique to the PS4.

Although there are no patch updates for this error, it has some fixes.

Here are some fixes that you could try to fix the error on your console.

Sometimes the connection between your system and the server of PSN does not get established properly, hence the error occurs.

Check the PSN status page and if the servers are down, there’s not much you can do.

The PS4 might be having issues with the game and hence, reinstalling it would fix the error.

We hope these methods helped you fix the error on PS4. If none of these methods seem to be working for you, we would recommend you to contact the Mortal Kombat 11 team for support.

Mortal Kombat 11 session no longer available error on PC. How to fix it?

Mortal Kombat 11 content validation error : How to fix it

Mortal Kombat 11 content validation error : How to fix it