In recent years we have witnessed amazing innovations in smartphones. Smartphones these days come with endless possibilities. It is hard to imagine on our part ho powerful and capable smartphones have now become. Rooting is popular among the Android community and tech-savvy freaks. In case you don’t know, Rooting gives use the root user permissions to pretty much do anything with the device. It lets us even use a different OS or even a kernel. Sounds interesting, right! Well Yes, Custom ROMs are perhaps the most amazing part of rooting. While you don’t require to root your device but you still need to have an unlocked bootloader and a custom recovery to flash a custom ROM. 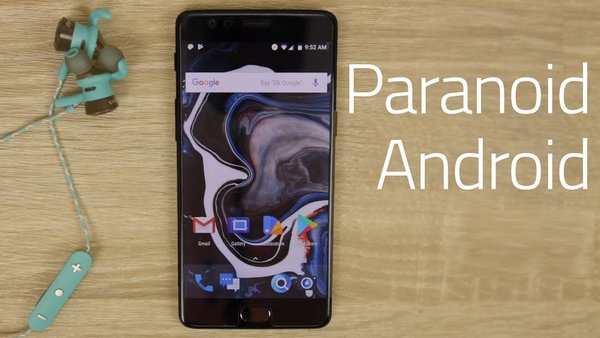 Custom ROMs offer you all those features and services that you can never get on the stock OS. It also lets you have the option for tons of tweaks and customizations to make your device look the way you want. One more thing to note is Custom ROMs bring home Android updates that are not officially available for any device. These days the list of available Custom ROMs has gone pretty big. Thanks to the amazing developer community support behind these amazing custom ROMs. Some popular custom ROMs include LineageOS, ResurrectionRemix, Pixel Experience AOSP, Paranoid Android and many more.

Sometimes back Paranoid Android was one of the most loved and widely used Custom ROM. This was because of all those innovative and cool features it came with by the time of its release. This Custom ROM also brought a whole new look and UI design altogether which was a real deal back then. Owing to all this and its several other interesting features Paranoid Android gained immense popularity in no time.

However sometimes later the developed team of this ROM grew diminished in number due to some reasons back then. This led to the team not being able to be so active in comparison to developers of other ROMs. As a result of which, this custom ROM remained slightly dormant for some time and lost some of its popularity. Despite this fact, the team is now working again and delivering the latest builds of the ROM. Seems like the ROM is rising back again to popularity. The Android 10 Beta build of the ROM was released around October for the first time. It came with tons of amazing features and a beautiful UI design. 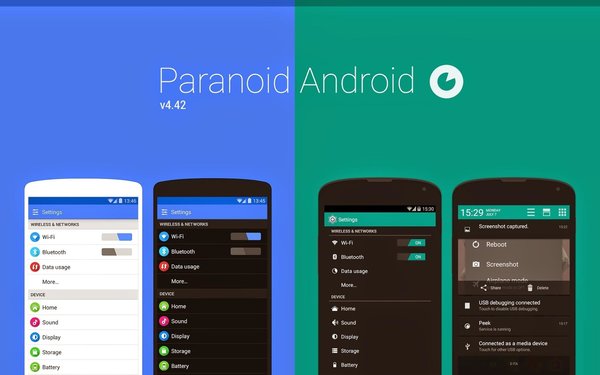 Users loved the ROM and appreciated their work. Well, not the team has officially released the stable Android 10 builds for a huge number of devices. This update is called the Paranoid Android Android Quartz 1 Release. This is finally a major stable build of the ROM since the team had been delivering only beta updates for quite a long time until this one. Well, to start the count the ROM comes with tons of amazing features. Below is the complete list of all those interesting features.

Well, it’s a pretty long list for features. So, if you want to get your hands on all these amazing features that come with this ROM. You can download the ROM from the links given below for your device and flash it using a custom ROM. 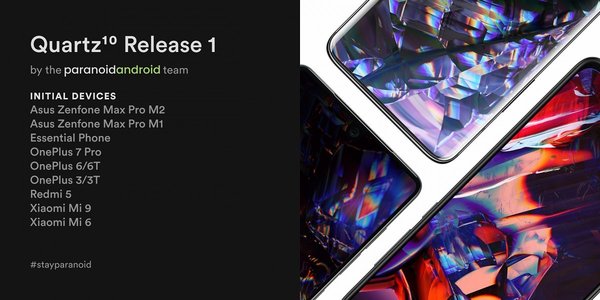 These are all those devices that currently support the Paranoid Android Quartz 1 Stable release. If your device is in the list given below you can download the ROM and start using it.

So, be happy if your device is listed in the second list above. If not, there’s nothing to worry about because the team of Paranoid Android ROM is working to bring the ROM to more devices. We expect that gradually they will add support to more of other devices as well.

Stay tuned for further updates on Paranoid Android ROM. Also, share this article with all those people who wanted to flash such an amazing custom ROM.