Monster Hunter Rise: How to get Great Izuchi Tail?

To fare a better chance against monsters with overwhelming power and agility, hunters have to upgrade their arsenal by crafting weapons, armor pieces, and consumables. Great Izuchi Tail is one of the necessary materials that are vital for making armor pieces and weapons in Monster Hunter Rise. Wondering how to get your hands on this material? Well, you’re lucky as we’ve put together every detail about the item, location, and strategy that’ll certainly prove useful. Continue reading the article to know how to get Great Izuchi Tail in Monster Hunter Rise. 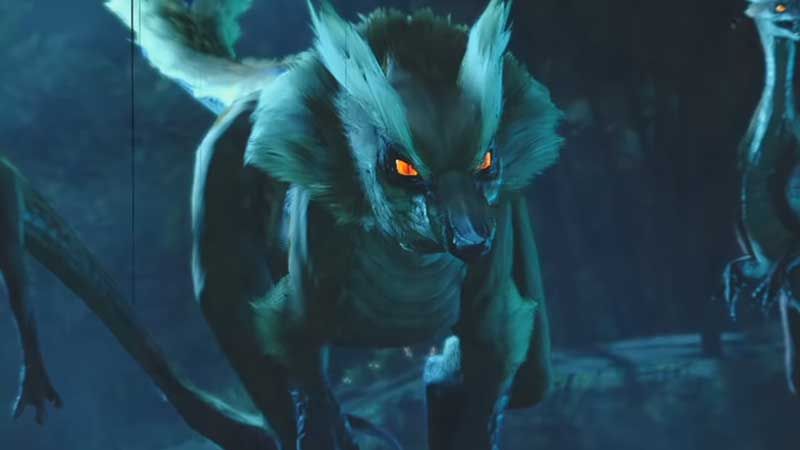 What is Great Izuchi Tail in Monster Hunter Rise?

Great Izuchi is one of the monsters that you’ll eventually come across in the huge open world of Monster Hunter Rise and is usually found in the Shrine Ruins and Frost Islands. Just like the name of the material implies, you can get it by killing, capturing, or cutting off the tail of the monster, and depending on the variant, the quality of the material varies so if you’re confident in your combat ability, you can take on the high ranking variant of the monster.

Another interesting fact about the material is that if you have plenty of them, you can craft all sorts of Izuchi armor, weapon, and various types of gear. The Izuchi gear is perfectly suitable for players who have new to the series and are starting to learn the basic mechanics of the game. You can rest assured fighting this monster isn’t as difficult as the others unless you’ve encountered a high-ranking one. It is the best starter monster for you to get a good idea of how to fight the others in the game.

How to get Great Izuchi Tail?

Depending on how you approach the low or high-ranking variant of Great Izuchi, you can get this material by cutting off the tail, however, there is no guarantee that it will be dropped as it depends on many factors. You have a 15% chance of getting the material by capturing it, a 5% chance of getting it as an item reward, and lastly 80% chance of getting it by severing the tail of the gigantic monster. It can only be done if the player is using a physical sharp weapon like swords, spears, and Insect Glaives. You can carry Great Izuchi Tail up to 99 units in your inventory and each can be sold for 420 zenny, which is not too bad. This monster is also targeted by the Jumped in the Frost Island main quest.