Monster Hunter Rise: How to get Golden Muck?

One of the hardest materials that require a lot of patience and proper approach is the Golden Muck in Monster Hunter Rise which is used for crafting specific gear. The game allows multiple ways to strengthen yourself with rare gear, weapons, and materials that can aid you in the creation of new weapons that can deal high damage to monsters. If you’re planning on getting this rare yet infamous material in the game and are wondering where to start, our guide will help you in getting it and the requirements you need to fulfill. Continue reading the article to know how to get Golden Muck in Monster Hunter Rise. 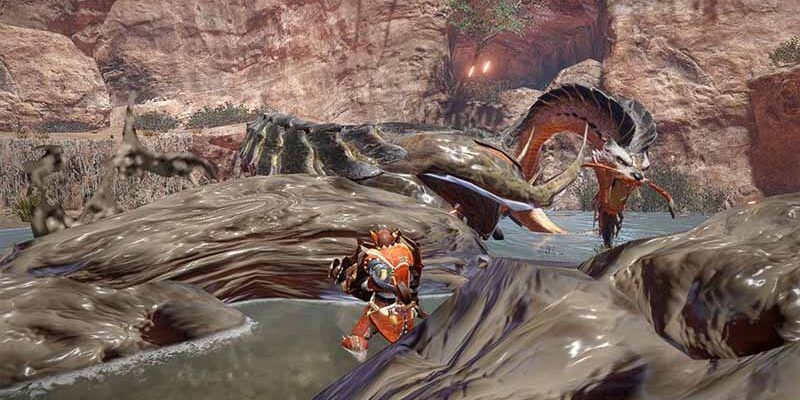 What is the Golden Muck in Monster Hunter Rise?

For those who are new to the game, Golden Muck is a Rarity-4 resource in Monster Hunter Rise that can be obtained by defeating the Almudron monster that uses swamps and mud to its advantage against players. Players can encounter this monster first in the “Hermit of the Swamp” quest. Well, Golden Muck can also be obtained by looting environments, completing quests and objectives, and carving particular monsters. The item drop rate of Golden Muck can vary in the game if you’re launching monsters into the wall through wyvern riding or fighting other monsters like Almudron. Golden Muck is a mandatory item if you wish to craft Almudron Vambraces and Mail that has a base defense stat of 36 and 30.

How to craft Golden Muck in the game?

The primary way that you can farm Golden Muck in Monster Hunter Rise is by capturing or killing the Almudron monster or cutting parts of it by dealing damage to the monster in specific areas of its body. It is imperative that you should learn more about the characteristics and weaknesses of this monster to bring it down quickly. In this Leviathan-type monster’s case, its weakness is Fire, Fireblight, and lastly ice attacks that deal a high amount of damage.

The first thing that you should do is damage the thick layer of mud that Almudron covers itself with, and aim for its head and the tail which is the most vulnerable part of the monster. Use Nulberries if you get hit with the Waterblight status effect and keep hitting the swollen mud ball on the monster’s body to deal damage and eventually stun it. Once it’s down, you can harvest Golden Muck from the monster’s main body.