Globally most devices have received the coveted stable ROM for MIUI 12.

MIUI 12 has generated enormous buzz among smartphone enthusiasts and of course Xiaomi users. Various techies and gadget leakers have deemed MIUI 12 as a launch a notch higher than Android 11 itself. We ourselves find it a hard argument to beat. Given the change of mood MIUI 12 would offer to existing and new users alike, the buzz is well deserved. It could rightly be said that Christmas is coming early for those owning the Pocos, the Redmis and Mis. The wait, however little it may be, is the hard part. Well, worry not, a list on display below informs you on your device’s MIUI 12 update status.

If the distribution of MIUI 12 Stable updates is equal to Christmas, then undoubtedly Mibatman is Mi Forum’s Santa. Like always he greeted the users on the forum with a pleasant surprise of all device statuses. Like we have been reporting timely to you, most Mi 10s and 9s and 9Ts have already received their updates. The likes of Mi 8 Lite have received updates in parts of the world and not globally. A few devices on which updates have been delayed include Mi MAX 3, Mi MIX 3, Mi Note 10 RU version. Poco phones have also been generously distributed with MIUI 12 updates. Both Poco F and X series have received the updates on air. Poco F1 devices though are yet to get these updates all over the globe. Find more in the below MIUI 12 Update Tracker. However, if you own a Poco, we would like to acquaint you to their policy. If you think Poco devices would receive updates for long, then don’t count much on it. They want customers to move on from one device to another as business expanding strategies and updates might seize sooner than you expect. 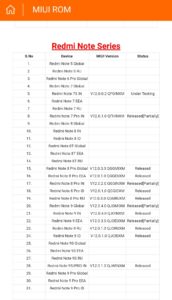 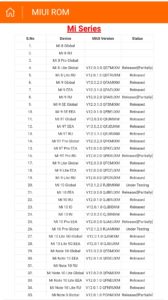 Shift towards the Redmi Series and here too we see a good distribution range. Most devices post Redmi 8 Pro and including have gotten the update. The 8T is an exception there, whose updates stand delayed. Redmi Note 7 Pro, India variant has also received updates partially, so you might be pinged soon. The Redmi 5s and 6s would mostly note see the light of MIUI 12 update. Xiaomi or anyone would be getting too considerate if they were to. As we had informed you earlier, Redmi 9A became the first phone to come out of the box, running MIUI 12. Global distribution for which stand completed. The Redmi Y series has been a loser in this game, which still eagerly awaits the green light of an update. We find it hard to come by, but if it does, you would find us reporting it first. 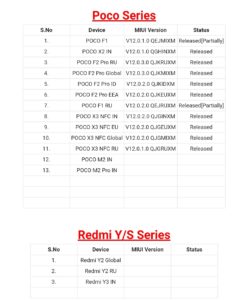 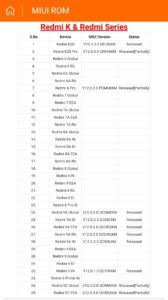