Valorant is one of the major upcoming FPS game which launched with a banger this year. Since it’s launch we have seen a lot of esports organisation coming up with their own roasters which also promoted the professional scene and also created a heavy hype and popularity of the game. Since the launch, one of the key subjects of concern was the overpowered Agent ‘Raze’ and the very hard to oppose gun Operator when wielded by a good player.

Recently while talking with Team Liquid’s Lucas ‘Mendo’ Håkansson on an interview, one of the Valorant head developer Nick Wu Smith revealed some major nerfs coming to the operator and also explained why did they choose these kinds of parameters to nerf the weapon. 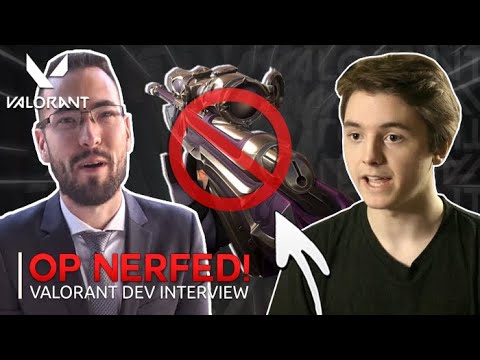 “It feels more like OP is overperforming in aggressive, offensive use cases,” Wu said when explaining what developers have been thinking about the performance of the gun. “Players have gotten really good at peeking with this weapon, and I think it’s overperforming in a way that’s getting really frustrating and it feels like there’s not a lot you can do about it.”

The following changes are being made to the gun:-

During this Interview, Wu also stated that these updates will roll out in the next week’s update. This means soon we are going to see some good counter plays to the good OP players.