Call of Duty: Modern Warfare, one of most awaited COD title finally launched globally on October 25 on PlayStation 4, Xbox One, and PC platforms. It’s been a few days, and players are already curious about the new maps and modes that will be added to the game.
Well, as we mentioned in our previous posts, that some curious fans dug deep in the PC files of the Modern Warfare. And few of them successfully data mined the unreleased content.

We mentioned that 38 maps are in development and might come to the game soon. Well, it looks two of them are making there way to the game officially.
Infinity Ward and Activision announced officially on various social media platforms about the new content that is coming to Call of Duty: Modern Warfare. 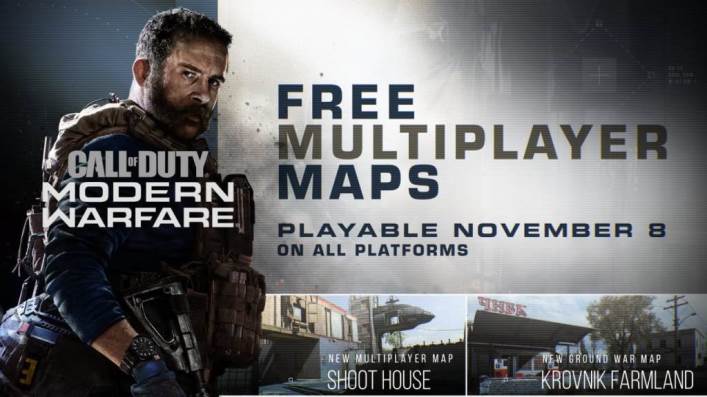 According to the official statement, two new maps and a new mode will be available on November 8, 2019. The new maps include a new Multiplayer Map – Shoot House and a new Ground War Map – Krovnik Farmland. Whereas, the game mode – Hardpoint is making its way to the new COD title.

The new maps and mode will be available with a new patch update on Friday, November 8. The patch will also bring significant bug-fixes and improvements across all platforms.

[Official update] Viki outage : Down & videos not loading for many users

[Official update] Viki outage : Down & videos not loading for many users