Not a lot of them though

Nvidia recently revealed its RTX 3000 line of Ampere-powered GPUs featuring the RTX 3070, the 3080 and the 3090, and unlike what many had feared after last year’s disappointing 2000 series reveal, the 3000 series looks phenomenal. For example, the RTX 3070 is more powerful than the RTX 2080Ti, despite costing less than half of it. So overall, a great lineup for PC enthusiasts (except of course if you recently bought a 2080Ti). Pre-orders for the RTX 3080 also opened up recently, and while everyone expected a great rush, the demand has been overwhelming. Pre-order day saw the entire stock selling out in seconds and plenty of angry consumers. 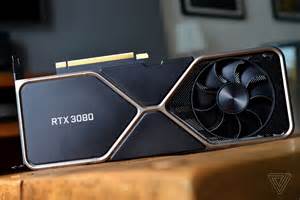 Bots were able to snag most of the stock and scalpers can now be seen re-selling at ridiculous mark-ups on eBay. A lot of consumers took to Twitter to vent out their frustrations. Nvidia eventually took to the GeForce forums to apologise for the low availability of the RTX 3080 and promised to manually review orders so that legit consumers could actually get one. The RTX 3080 has the potential to be the best graphics card in terms of price and performance, but that will not matter if consumers are unable to actually get their hands on one.

But for fans still looking to get their hands on one, looks like new stock is slowly trickling in. An Italian website Drako has reported that they have received their first batch of ASUS RTX 3080 TOF (non-OC). They claim that they have received 20 cards in total and have seen extraordinary demand. The surprising thing is that Drako is Nvidia’s biggest partners in Italy and yet they have still received only 20 units. This does not look like a good sign. But hopefully, the situation improves with time.