Madden NFL (originally known as John Madden Football until 1993) is one of the most popular American football video game series which has been developed by EA Tiburon for EA Sports.

The latest series in the EA NFL franchise, Madden NFL 20 is currently facing server issues. Many users have been complaining about the issue of getting kicked out of the game due to server issues. Have a look at a few complaints from concerned users.

are madden servers down?

just me or the madden 20 servers not working

Also, an outage tracking website, Down Detector also confirms that Madden NFL 20 is indeed going through some glitch. Have a look at the current outage map down below. 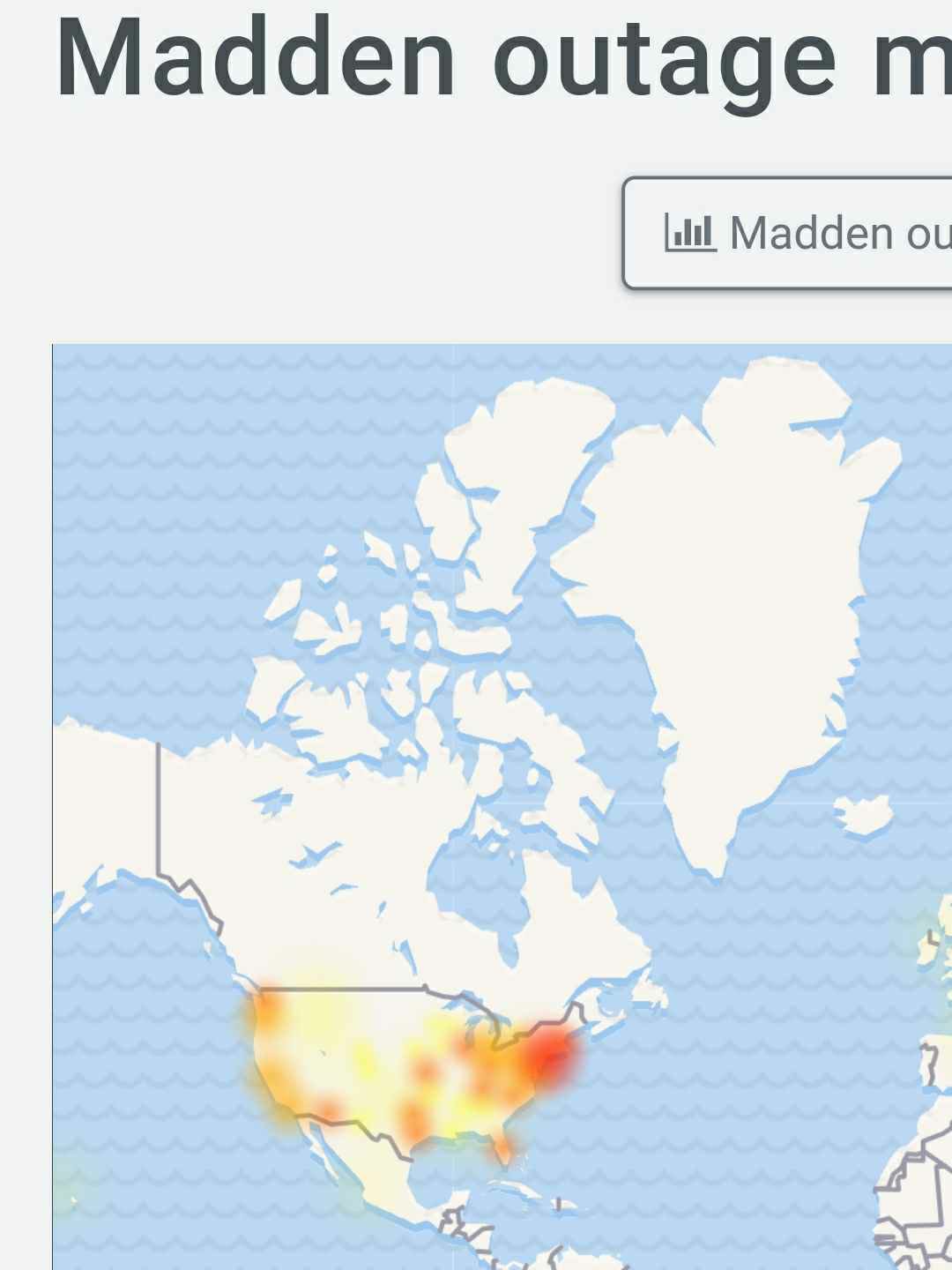 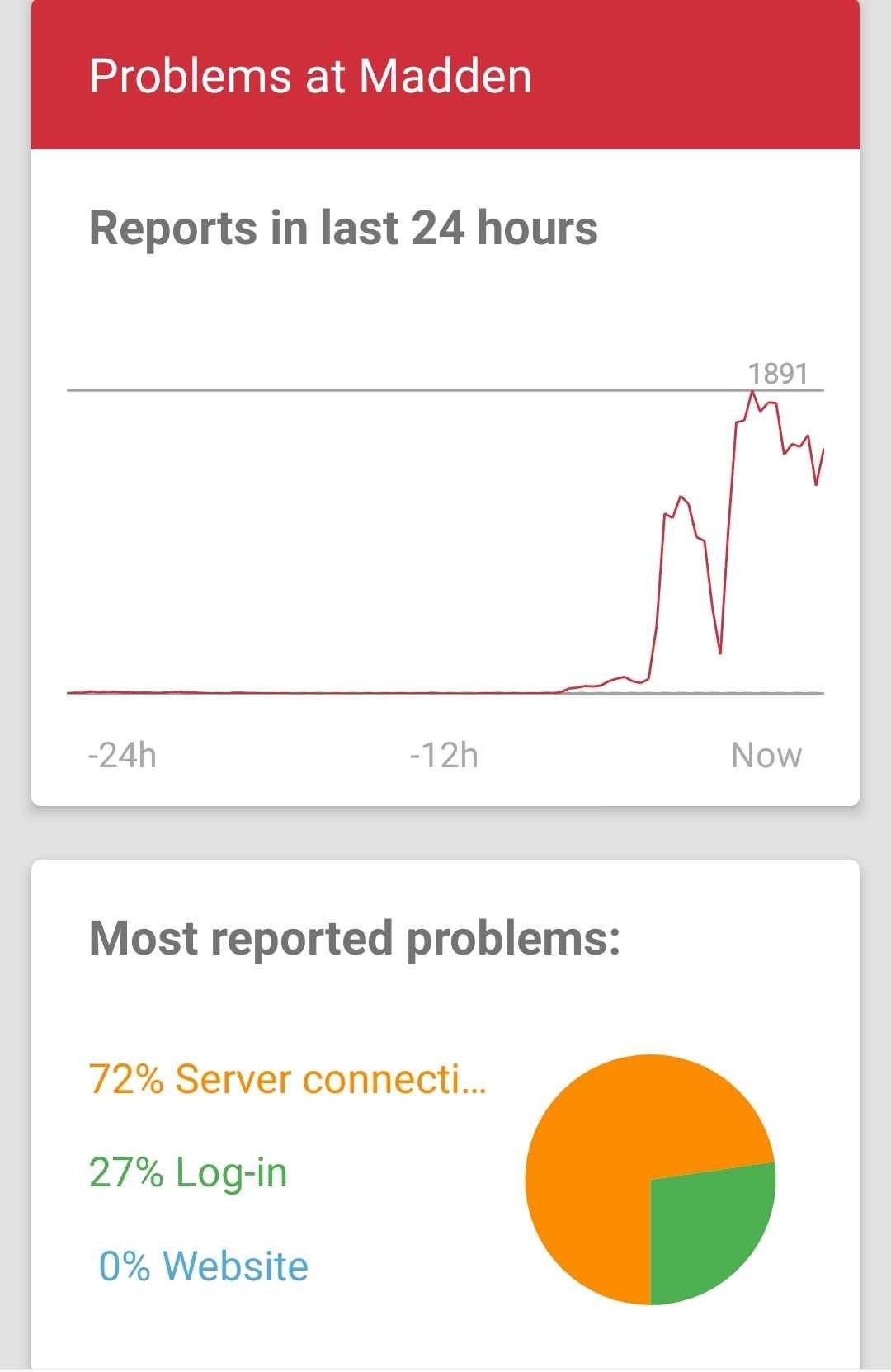 There is no official statement from Madden & EA officials regarding the ongoing outage & issues.