Note: We are updating this post continuously. The new updates are being added at the bottom.

Madden NFL is an American football video game named after the Pro Football Hall of Fame coach and commentator John Madden. The game is developed by EA Tiburon for EA Sports. The game was first released in 1998, and the latest version of the game is Madden NFL 20 released on August 2, 2019.

Well, Currently, the game is facing some issues due to which a number of players are not able to play the game. Most of the people are facing server connection and login problems. If you are also facing the same issues, find solace in the fact you are not alone. Many people are having the same problems.

Take a look at the complaints of netizens on twitter ;

@EASPORTS @EAMaddenNFL why in the hell are you still doing maintenance on madden 20!!! Y’all been doing this shit since 7pm cdt like shit you plan on just having the servers down for 2 days or something

Madden servers legit been down since 4pm yesterday wtf maaaane

Down detector – a renowned service that gives details about live outages – also conveys that Madden NFL is indeed going through a glitch in some regions as can be seen in the image below: 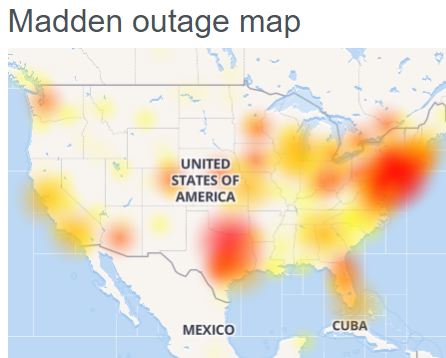 Madden NFL 20 servers are still down in some regions; several people are complaining about the issues:

@EAHelp how long will he madden 20 PS4 servers be down for franchise? going on 2 days now…

@AskEASupport apparently there's been some madden 20 server problems the last couple nights. Patiently waited through it. But now I find out my cloud saved franchise I was working on has been deleted. That's very…. maddening.. ha ha ha. But no really that pisses me off.

Madden NFL 20 servers are down again in some regions; users are complaining about the issue:

@EAHelp are the madden servers down?

Madden NFL 20 servers are down again in some regions; users are complaining about the issue:

@EAHelp I’m getting an unable to connect to EA servers on madden at the moment. Are the servers having issues right now? Or is it me?

EA NFL servers are down again and players have taken the route of Twitter to express their concerns. 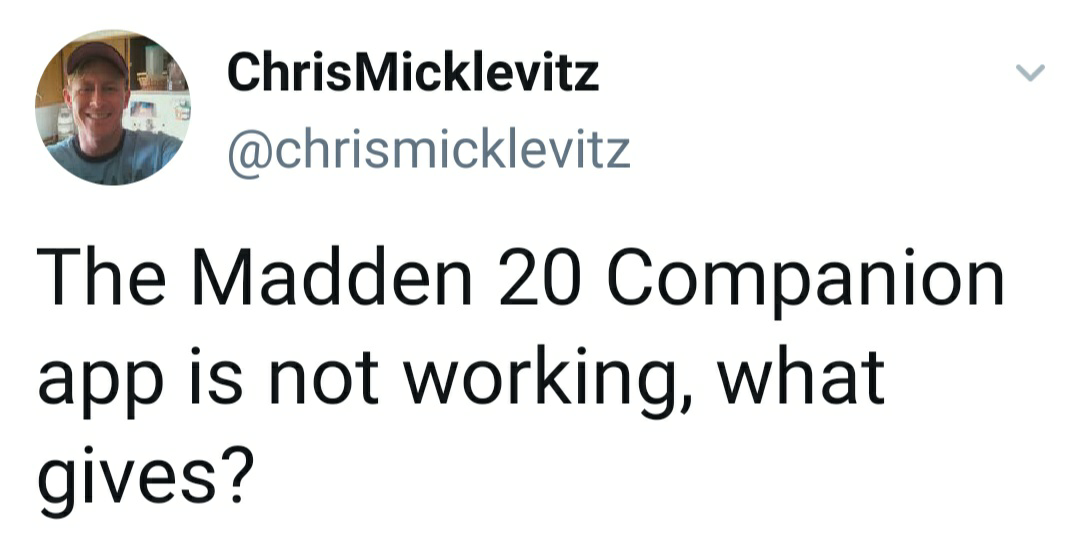 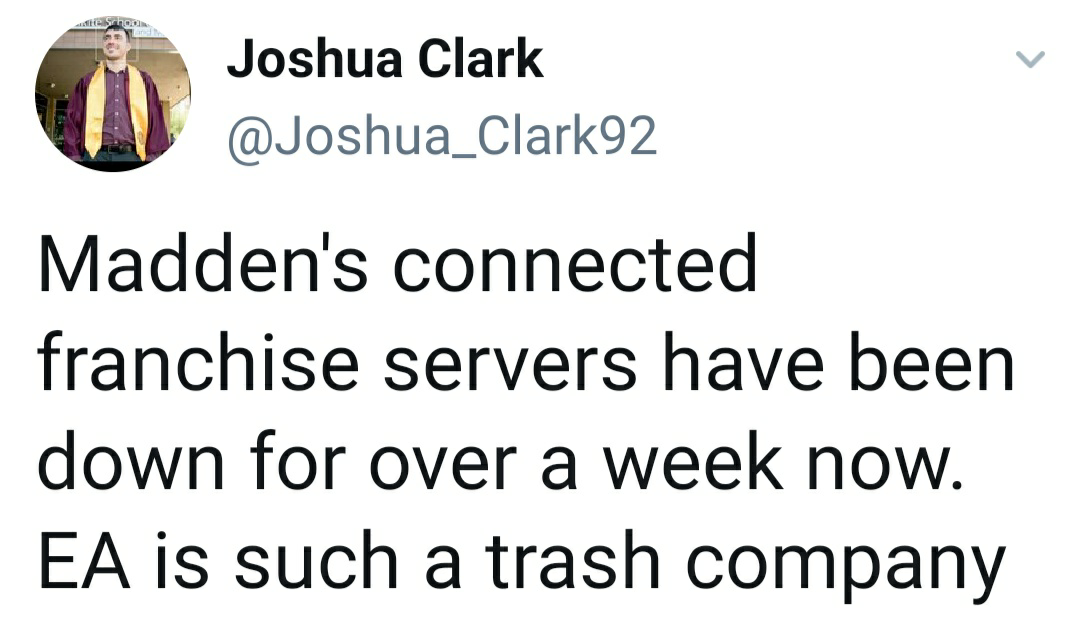 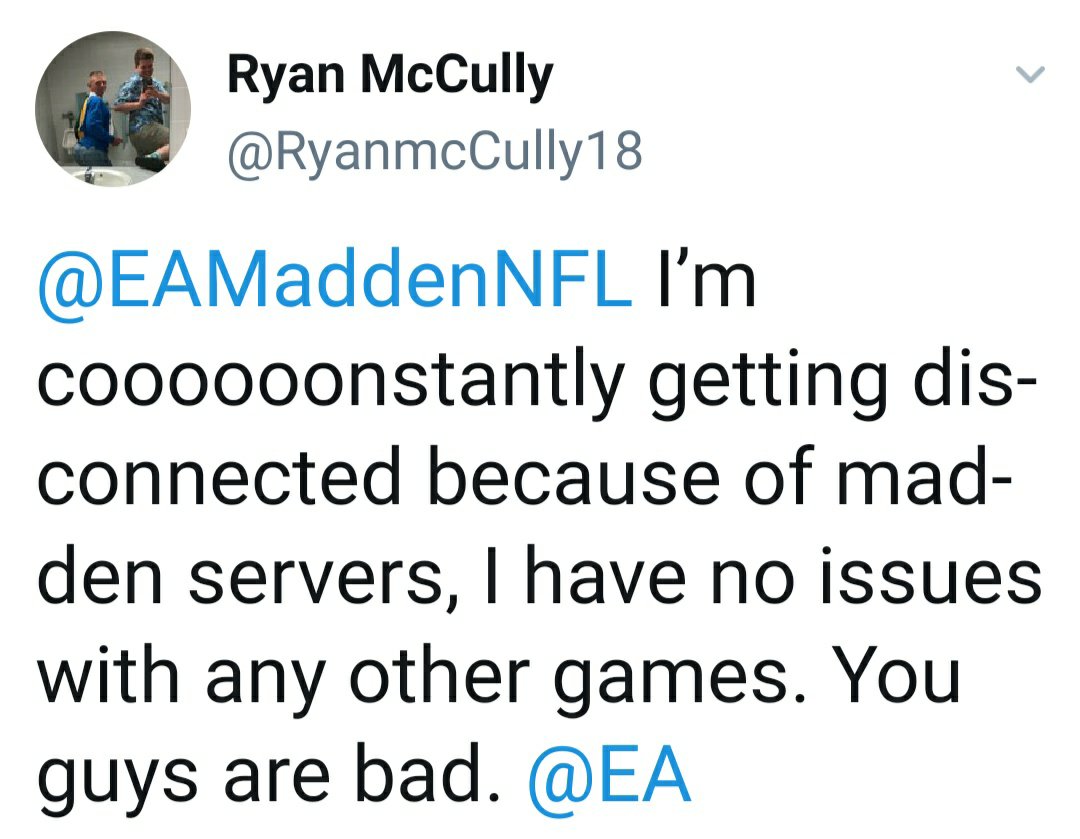 Madden NFL 20 servers are down again in some regions; Users are complaining about the issue. Check out the tweets below.

@EAHelp how long are the Madden 20 servers going to be down? Can’t connect to my online franchise due to the servers being down.

Anyone else having issues loading Madden 20, or is it just me?

@EAMaddenNFL @EAHelp At this point I haven’t seen this madden server issue even addressed by anyone at EA. How can you have players not able to play

It’s over a week now and Madden servers are still not working properly. Users are complaining about the issues. Check out the tweets below.

WHAT ABOUT MADDEN FRANCHISE SERVERS, MORE THAN A WEEK WITH PROBLEMS

Servers still down on Madden I see

EA has finally talked about the server-down issue. According to the Madden Franchise Team, they have attempted to roll out a server-side fix to address the issue where some Online Franchise Leagues were unable to login. But after rolling-out the fix, Franchise servers started to lock up.

“Late last night, a decision was made that we had to gate all of the Franchise Online modes to prevent all the Madden servers from locking up, which would have impacted all game modes”, Madden Team added.

Also, EA says that Franchise Online modes will be offline until further notice. Also, both Offline Franchise and QB1 are still available to play.

Servers are down again for many users. Have a look at the current outage map down below. 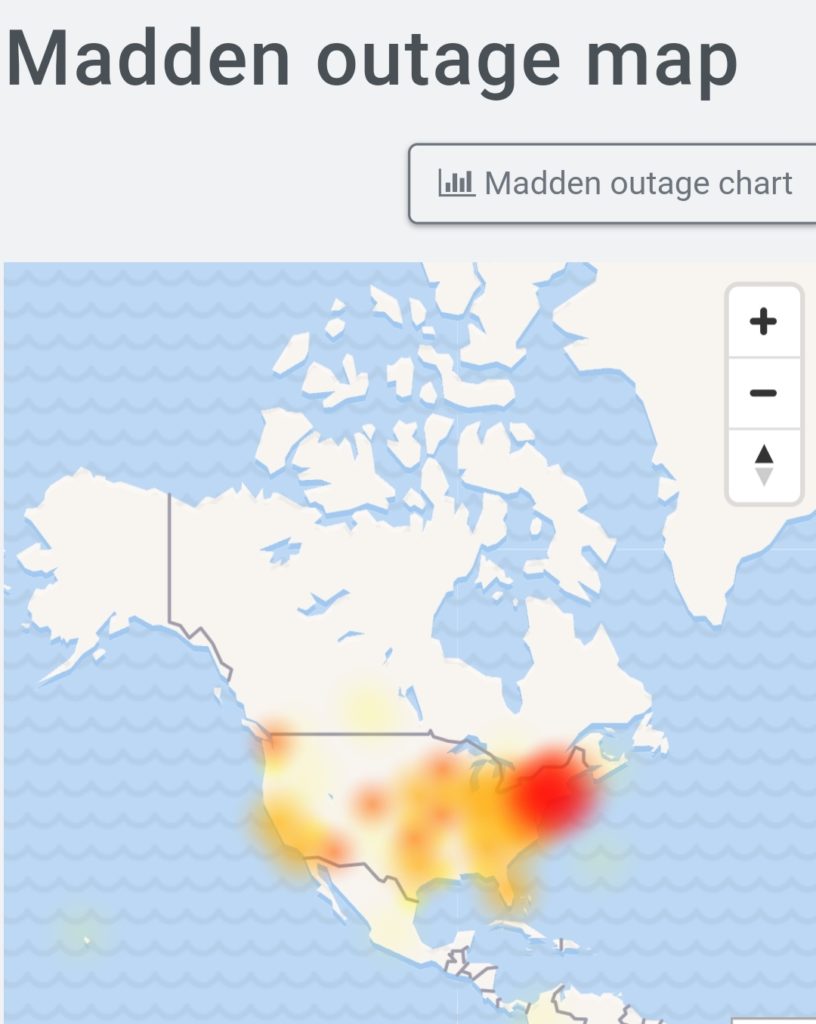 Also, have a look at a few complaints from users on the Twitter handle. Also, currently there is no response from EA regarding the ongoing outage. 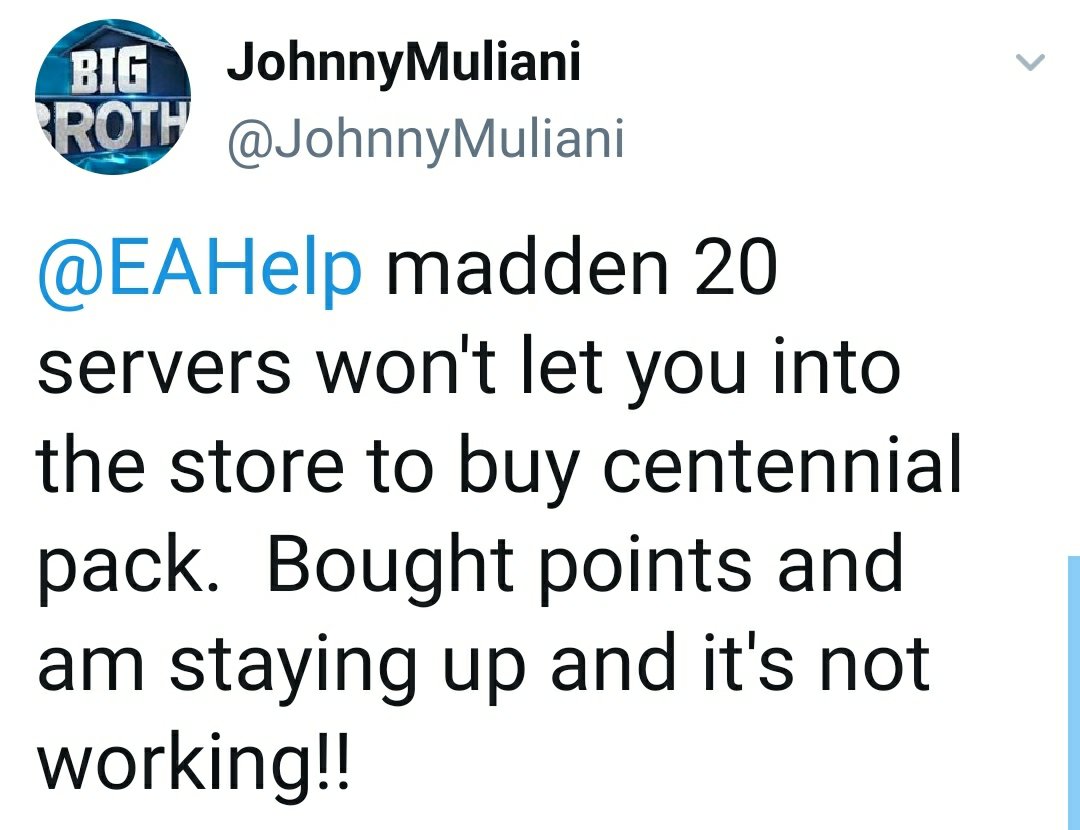 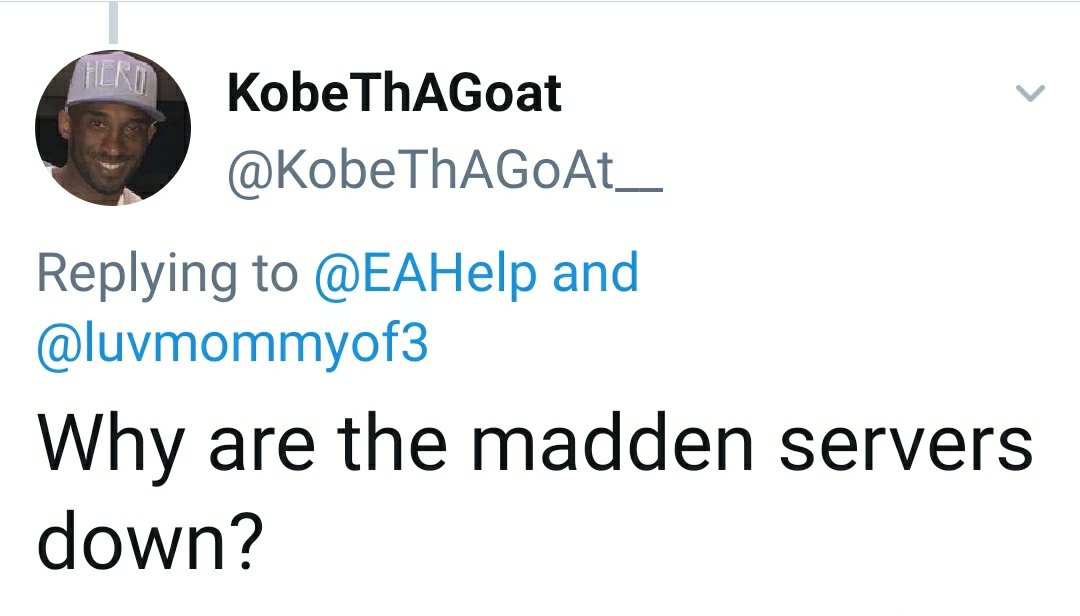 Madden Servers are down again and throwing server connection issues to many users. 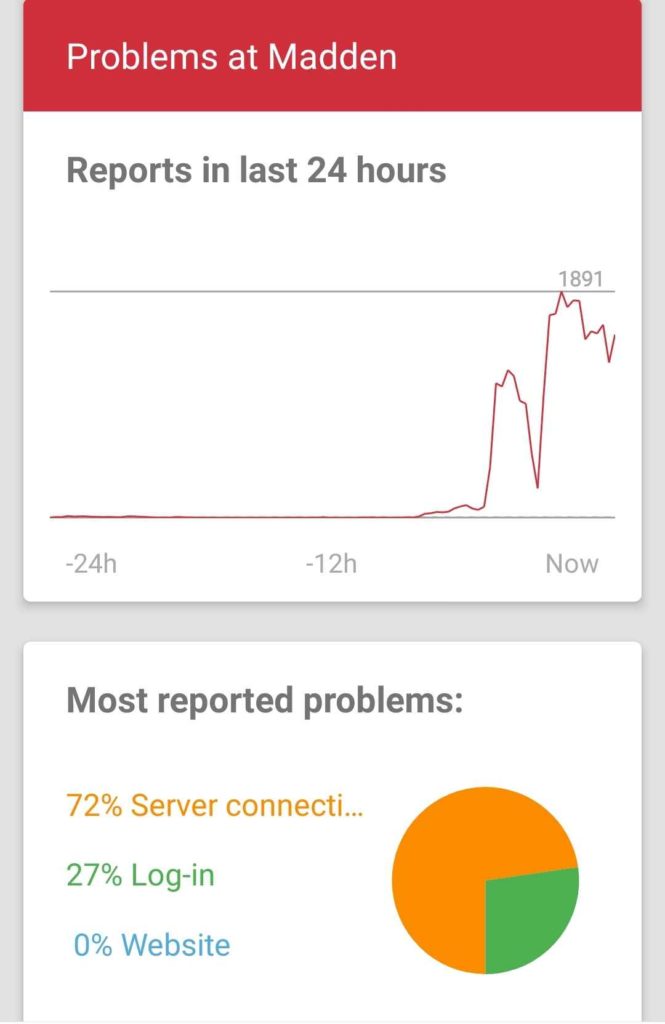 Airbnb website/App down (not working) for many users