Little Nightmares 2 was recently released in Feb 2021. After receiving positive reviews just like its predecessor, the game might be receiving a new DLC. Here’s everything you need to know.

Developed by Tarsier Studios and published by Bandai Namco Entertainment, Little Nightmares 2 is a puzzle-platformer horror adventure game that features a 2.5D world. The game is similar to its predecessor where the player needs to solve puzzles to progress further in the game. The main objective is to survive the horrors and adventures of Pale city and uncover its secrets. In the journey, the protagonist Mono is accompanied by a character, Six. The game was released on all popular platforms including Windows, PS4, Xbox One, Google Stadia, Nintendo Switch. However, PS5 and Xbox Series X|S versions are not yet released but expect it to be released later this year.

So, a Reddit user has shed some light on the upcoming DLC in Little Nightmares 2 by uploading a picture of the chapter selection menu which is shown on the television. The user observed that the Tv had 8 selections on the dial apart from the fact that the game has only 5 chapters. So, does this mean we have more content to witness in the game? It definitely seems so. 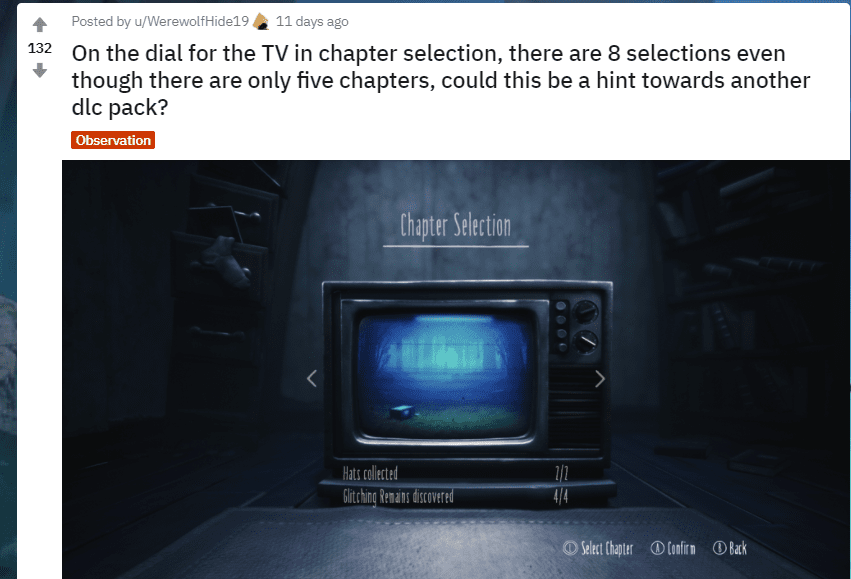 Right now, there is no information on the release date of the new DLC for Little Nightmares 2. However, the official Twitter handle of Little Nightmares has hinted about a new DLC for their game. In response to the comment of a Twitter user who stated that there will be no DLC for the game, the developer made the following statement- “Oh, you think so?” 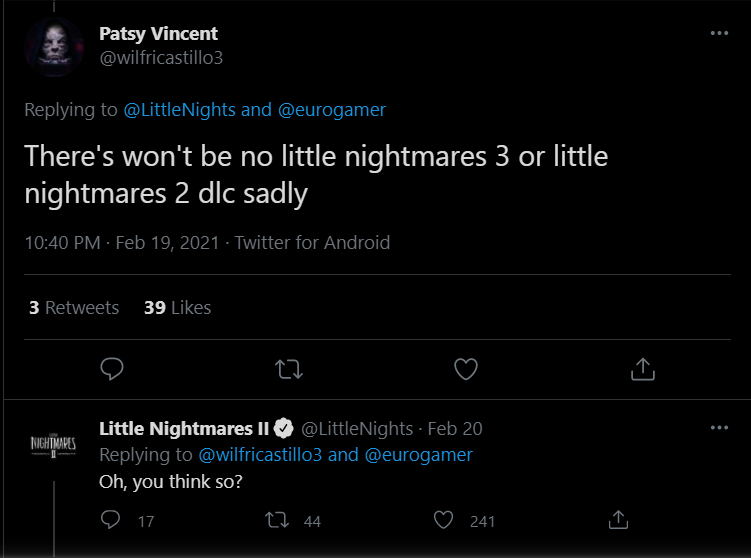 Well, it seems that there will be a DLC after all. But what we don’t know is when will this DLC be released. However, we think that the new DLC for Little Nightmares 2 might be released towards the end of 2021 or maybe next year. Till then, experience the horror adventures of the 5 chapters of Little Nightmares 2.