LG is a pioneer, South Korean tech company. The massive international company is widespread across 80 countries. LG televisions were primarily the go-to earlier. Samsung and LG were rival brands when it came to electronic gadgets. But things didn’t work the best when LG smartphones started seeing a decline. Fortunately, the LG ThinQ series paced up the brand’s earnings. That and a couple of other cool devices, LG is gradually climbing up the rating.

LG Q70 is a mid-range smartphone that was released in the month of October 2019. This device currently costs about 320 EUR and is available in Mirror Black color. 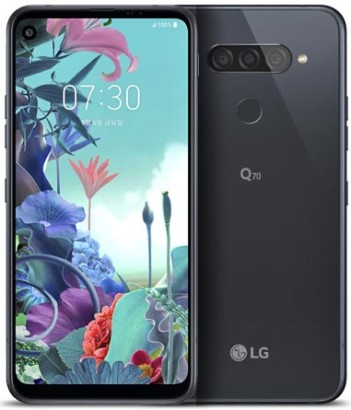 LG Q70 received a lot of positive remarks at the device packs some really useful features. This smartphone is only available in one variant- 4 GB RAM with 64 GB ROM. LG Q70 is powered by a Snapdragon 675 chipset. This processor combination is the only feature that makes the device slightly outdated. LG Q70 boots on Android 9 OS out-of-the-box. This device is run by a 4000mAh battery.

The South Korean variants of LG Q70 equips a triple camera setup where 32MP is the primary sensor, 13MP is for the ultra-wide camera and 5MP is for depth. The front camera is a 16MP selfie shooter. In contrast, the global variants only come with a dual-camera setup at the rear end, where 32MP is the primary sensor and 5MP is the depth sensor. This variant shares the same front camera feature as of the South Korean variant.

All the LG Q70 users received the best news today. As mentioned in the feature table, this device hadn’t received the first major OS, until today! LG officially took to announce on their South Korean website that LG Q70 users will start receiving the Android 10 update. The update has finally started rolling out. Here’s the image posted on the site about the website.

If you want to check out the entire announcement, click here. But you need to note that users who are using the global variants of LG Q70 will have to wait a bit longer. Having said that, it must not take more than a couple of weeks until the global update for Android 10 OS starts rolling out.