In a new ” A few thoughts on gameplay “, Riot Scruffy, Lead Game Designer within Riot Games, talks about the change of elementary flaws, as well as runes and the ADC position.

Appearing for season 10, elementary rifts are one way to make the Summoner’s Rift more interactive. Depending on the dragons for which the two teams compete, they modify the terrain. For example, when it “rains” in the Summoner’s Rift, it brings up more bushes or fruit; neutral elements to heal when broken.

Riot Scruffy wants to touch up to improve the basic flaws of fire and air. For the first, if its appearance opens paths by breaking walls, it would be to add explosive pine cones. As for the second, it improves the speed of movement and rotation; Scruffy would like to make more vision flowers appear in the jungle, and improve the movement speed bonus that this basic flaw gives, outside of combat. 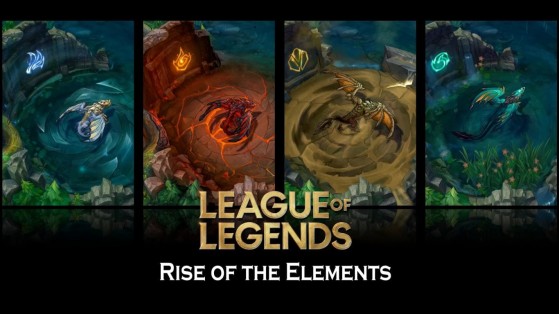 Regarding the Runes, Scruffy would like to modify several, including Guardian and Predator, in addition to the spell of Summon Ghost, deemed weak, on which Riot Games is working to improve it. Nothing is final yet, but Riot Games could, for example, remove the progressive acceleration of the spell

The goal is to make this rune much easier to use by expanding the protection zone of the allies. In addition, it is no longer enough to simply suffer “damage”. Significant damage buildup will be required to trigger this effect, to reduce the situations where it triggers at the slightest scratch.

Overall, we are simplifying and removing some of the restrictions such as too long channel time, drastically reducing the cooldown and decreasing the damage done. Thus, we hope that this rune will remain a good option for junglers who make a lot of ganks while remaining useful to the champions of the top lane and to the supports.

We are simplifying this rune so that it becomes easier to access toughness option. The 10% toughness bonus is 30% when you have little HP left.

We are removing the movement speed bonus to allies because it doesn’t fulfil its purpose of giving champions who have a lot of crowd control the opportunity to take advantage of these skills. New direction: your movement speed towards enemies whose movement is restricted is doubled when you are at the origin of this restriction.

Riot Games wants to change the option for the bottom and middle lane. In the end, the real concern of the ADC post is not the lack of damage, but the lack of independence of this post and its survival. Riot Games performs the following tests to balance this post:

Riot Game would like to see these changes appear for patch 10.11, and will then work on the midlaner post to improve it. And you? Do you think these changes will improve this position?