Warning: This post contains massive Kingdom Chapter 622 spoilers, so read it according to your own will. 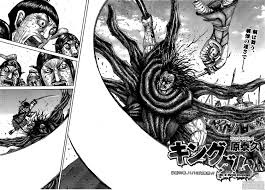 The HSU veterans rush towards the battle while telling the soldiers in their way to move and let them through. They get to the main area and sees Kyogai dead. As they begin to mourn they see Shin holding Kyoukai. Shin asks Bihei to take care of Kyoukai while he goes finish some business. Bihei starts to tell him that it’s a bad idea with his body in that condition and stops once he sees the look on Shin’s face. Shin yells out to Houken and, while remembering the past events involving him, demands to know what the hell he is. Houken hits him towards the Zhao soldiers and, as the soldiers are about to attack Shin, Houken kills them in his effort to kill Shin. Kaine asks Riboku just what kind of person Houken is and Riboku says she wouldn’t believe him even if he told her. That Houken is a representative of us humans.

Kingdom Chapter 622 is releasing on November 21 with no break next week.

[Updated] Not getting Google Stadia invite codes even after preorder ?

“Chromecast Ultra is not working with Google Stadia?” Here’s what happening & the Solution

"Chromecast Ultra is not working with Google Stadia?" Here's what happening & the Solution