[Updated] Not getting Google Stadia invite codes even after preorder ?

Players who have ordered Google stadia Founder edition in June have not received invite code yet. Many players took the router of Twitter to express their concerns

Have a look at tweets down below: 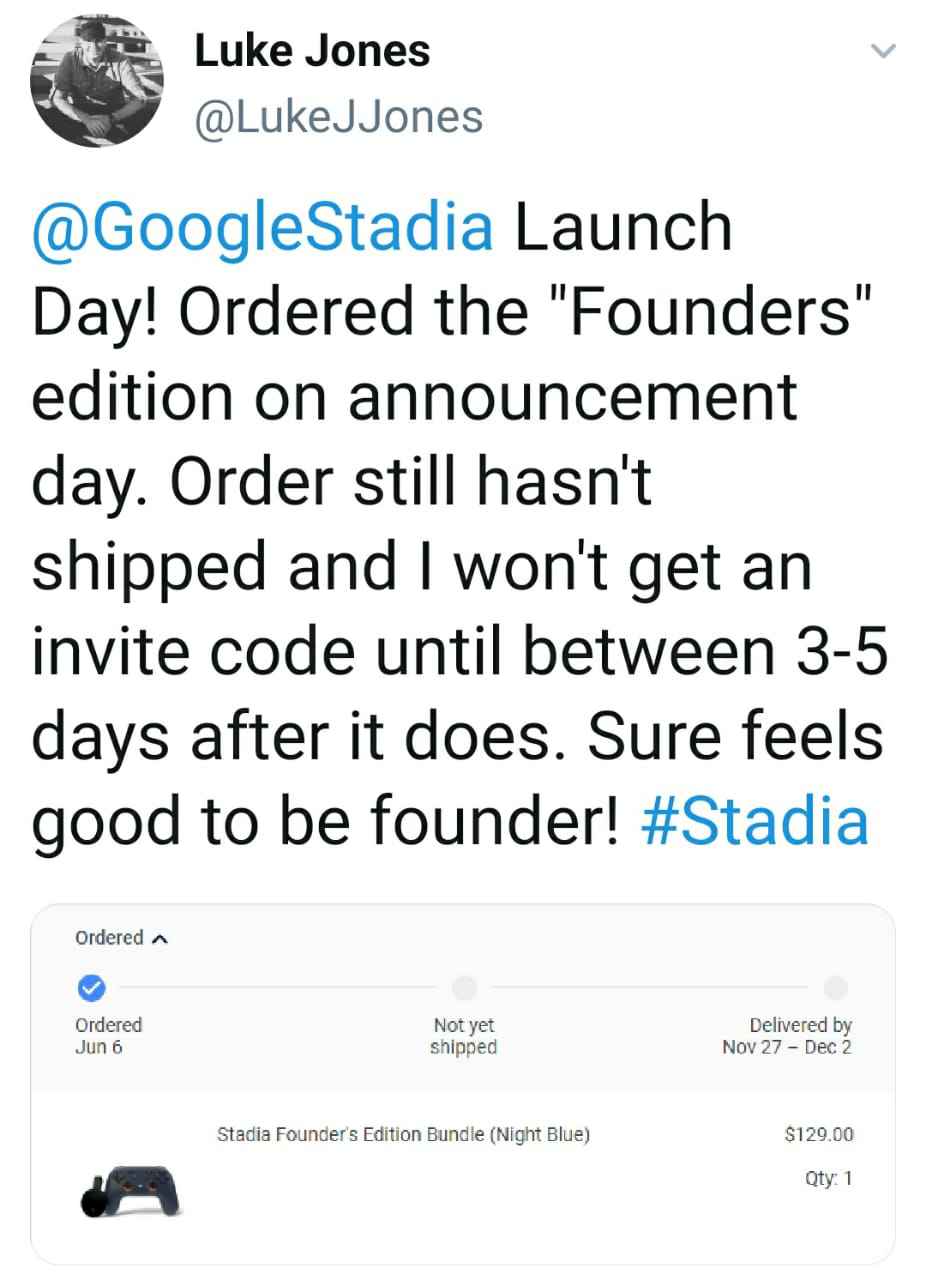 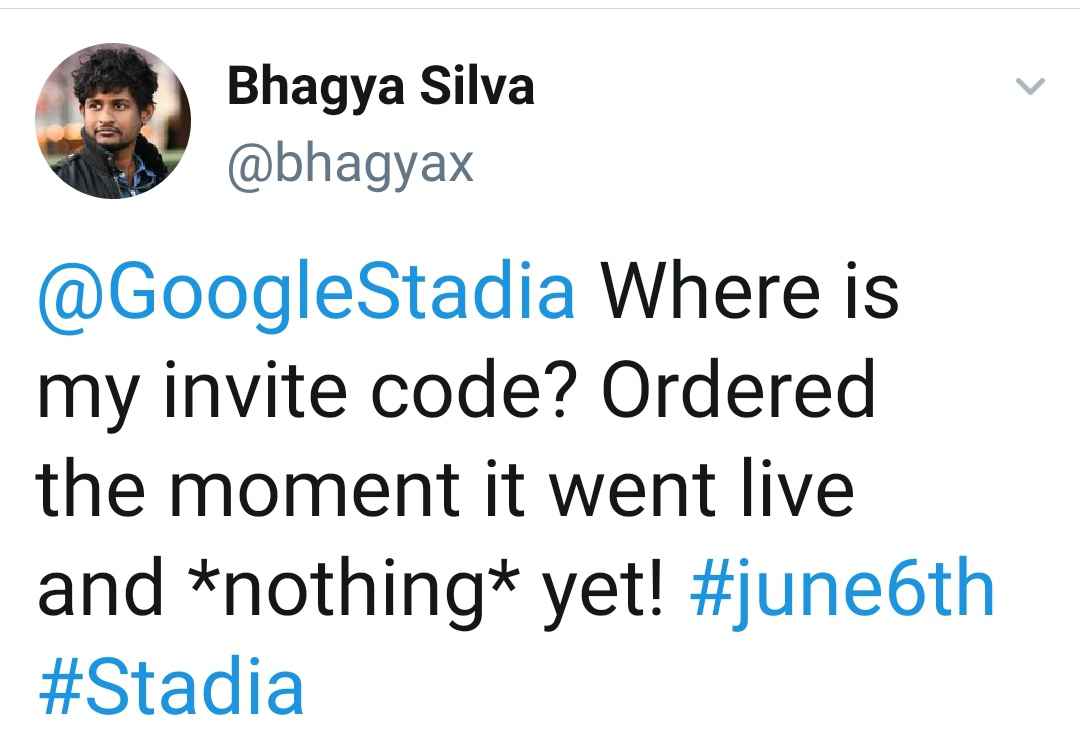 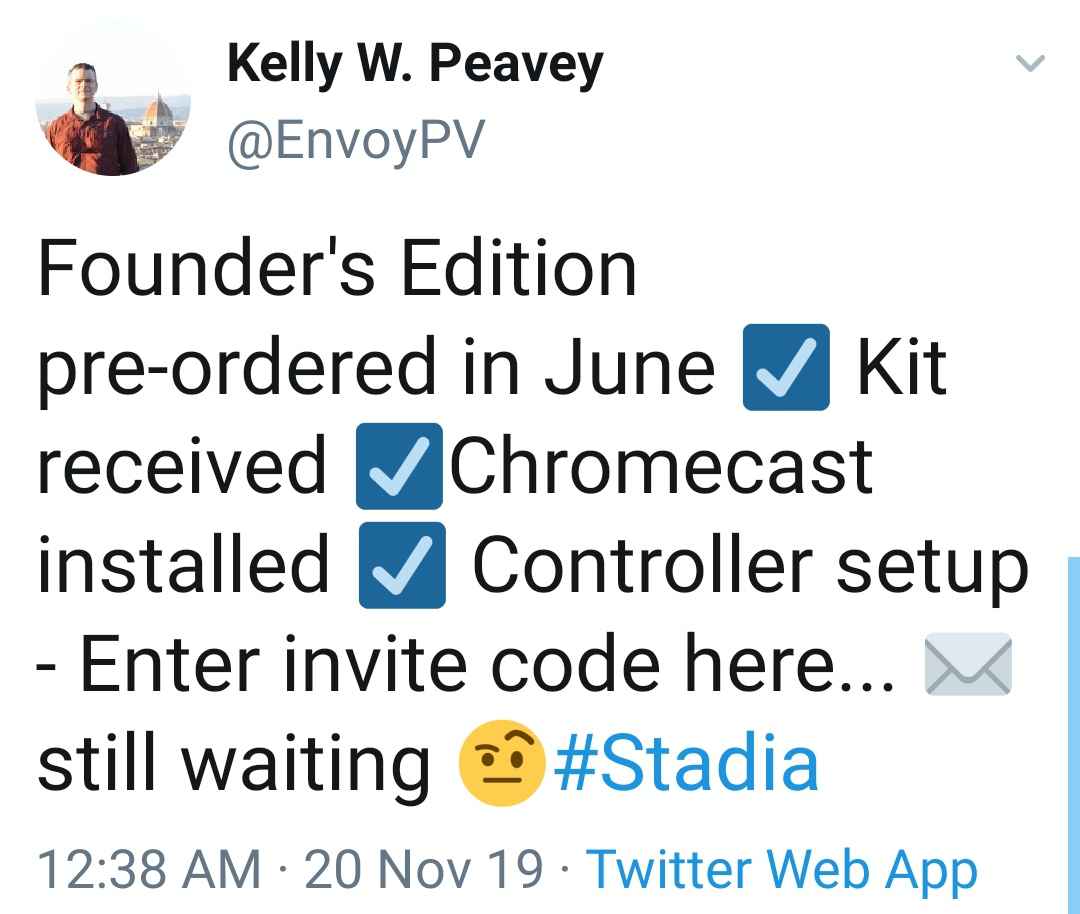 On Reddit, Google said it was investigating the issue:

We’re aware that some of you who pre-ordered Founder’s Edition may not have received your invite codes in the expected time-frame. The Stadia team is actively investigating this issue, and we’ll be back with an update as soon as possible. Thank you for your patience.

But Google didn’t actually address the delay when it completed that investigation.

We’re sorry for the delayed responses. We’ve identified an issue where a small fraction of Stadia access codes were sent out of order. That has been addressed. We’ve continued to roll out codes in the sequence in which we received your pre-order. We look forward to seeing you on Stadia.

And on Twitter, the official Google Stadia account replied to one Founder suggesting a delay wasn’t necessarily unexpected:

Hey Founder, thanks for your tweet. Founders whose orders were shipped on Nov 18 will begin receiving their access codes throughout the day on Nov 19 and 20 — sit tight!

Update 11/19: Following the 9 AM launch, Google is sending out “It’s time to join Stadia!” emails with the invite code. Signing up will allow you to “claim the Stadia Name you want.” 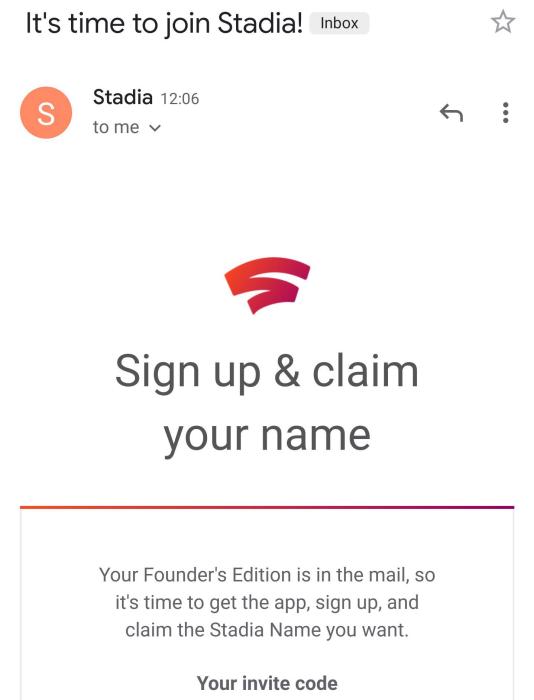