Yesterday, we saw the continuation of the battle between Misasa and Yumigahama. In the match, Yumigahama displayed his combatant style and showed why he is known as the “Martial Arts Savant.” We have also witnessed a glimpse of Yumigahama’s past. He was planning to betray the Kengan Association from the beginning. Therefore, Misasa joins the Kengan team to take revenge from Yumigahama. So, what will happen in the next chapter?

In this post, we will discuss the outcome of round 4 and the next chapter’s release.

Kengan Omega Chapter 78 was released yesterday under the title of “Scope of the Rules.” In this chapter, fans witnessed the beginning of round 4. This round is a special match which will fight under the special rules. Misasa, from the Kengan Association, tried to take down Yumigahama by playing a trick under the special rule. But Yumigahama, from the Purgatory, had already known the plan of Misasa. During the fight, Yumigahama has the upper hand over Misasa. 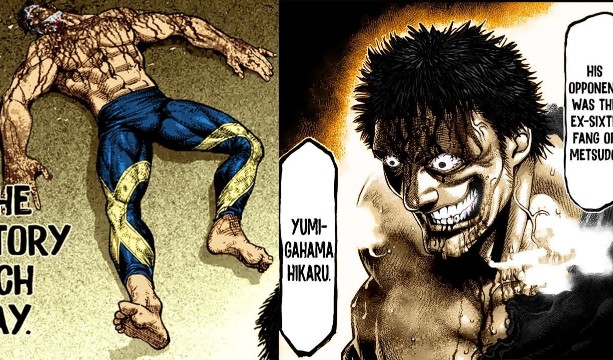 Now, in the next chapter, we will see Misasa’s past. We will learn about the fighting style of Misasa, his achievements, and how has he has been appointed as the “8th Fang of Metsudo.” Round 4 will go on for another 2-3 chapters. So, it’s difficult to predict the outcome of the battle in the beginning. In the upcoming chapters, we will notice the combatant style of both the fighters. Till then, we can predict the outcome from the Reddit spoilers.

According to the Reddit spoilers, the outcome of this round will come under the Kengan’s favor. We will also place our bets on Misasa’s winning. Yumigahama is a betrayer, so we are pretty sure that Sandrowich Sensei will not let him win this round. Now, all we have to watch is the awesomeness of this round.

Kengan Omega Chapter 79 will release next week on September 24, 2020. There is no news about the hiatus next week. Fans can read the latest chapter of Kengan Omega on the official website of Kengan Ashura manga. Kengan Omega is a weekly schedule manga; therefore, we get every new chapter every week.