This week Kengan Omega has released its chapter 78 under the title, “The Human Weapon.” It was a short but exciting chapter. This chapter has mainly focused on the combatant style of Yumigahama. The title, “The Human Weapon,” is the term derived for those who use their fighting technique as the weapon. This style has begun from ancient times, and in this era, Yumigahama is the one who has become a human weapon. But the part which makes him overpowered is that he can use many types of weapon techniques.

As justified by Kaneda Suekichi, Yumigahama is the type of fighter that cozies up to famous martial artists and steals their techniques. These fighters are known as the Collectors. This chapter was entirely on Yumigahama’s past and his fighting style. So, how can Misasa beat him, and will the next chapter show the outcome of this round?

In this post, we will discuss the outcome of Round 4, spoilers, and the release date of the next chapter.

At the end of the previous chapter, Misasa has shown his offensive style the first time in the series. Therefore, we are confirmed that the next chapter will entirely on Misasa’s background. We only know that Misasa was once a member of the Exhilaration Force. But we don’t have any idea about how he was appointed for the 8th Fang of Metsudo. Even Kanoh, the ex-fang, wants to know how powerful is he. Hence, now its Misasa’s turn to show his combatant style. 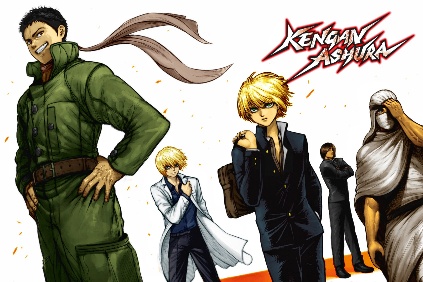 According to the Reddit spoilers, Kengan Omega chapter 79 will cover the 90% part of the round 4. The outcome of this special match will reveal in the upcoming chapter, i.e., in chapter 80. In the next chapter, time will play a significant role in this fight. This particular round is only for 5 minutes, and after that, the edge of the boundary will start shrinking. So, in the continuation of the match, Misasa will take advantage of this rule.

The physical characteristics of Misasa are far inferior to Yumigahama, but the previous chapter showed that his raw strength is the same as Yumigahama. With his one punch, he has broken the confidence of Yumigahama. In comparing the size, Misasa has a disadvantage, but his speed and offensive skills are far superior to his opponent. Therefore, based on our prediction, Yabako sensei will plan to give one more win to the Kengan team. This means Yumigahama is the one who may get defeat in this particular round.

Kengan Omega Chapter 79 will release on October 1, 2020, i.e., on Thursday evening. It is a weekly schedule manga, and there is no news of hiatus next week. The next chapter will be going to be one of the most exciting chapters because we will witness the struggle between the fangs.  You can read the latest chapter of Kengan Omega from the official website of MangaOne. Here, we are supporting only the official website of Kengan Omega. You can also read the previous chapters of Kengan Omega from the Mangafreak website. The next chapter will release next week. Till then, stay tuned with us.