If you’re hunting down more World War 1 FPS games like Beyond the Wire, Isonzo is the game that won’t let you down. Made by Blackmill Games and M2H, it accurately depicts the WW1 timeline in various areas and offers fierce gunplay. Devs have added many features and mechanics to make the game more realistic, however, some can be frustrating. The screen shake in particular is what many fans have criticized as they always die when it happens. Is there a fix? Continue reading the article to know more about Isonzo and whether there is an option to disable Screenshake in the game. 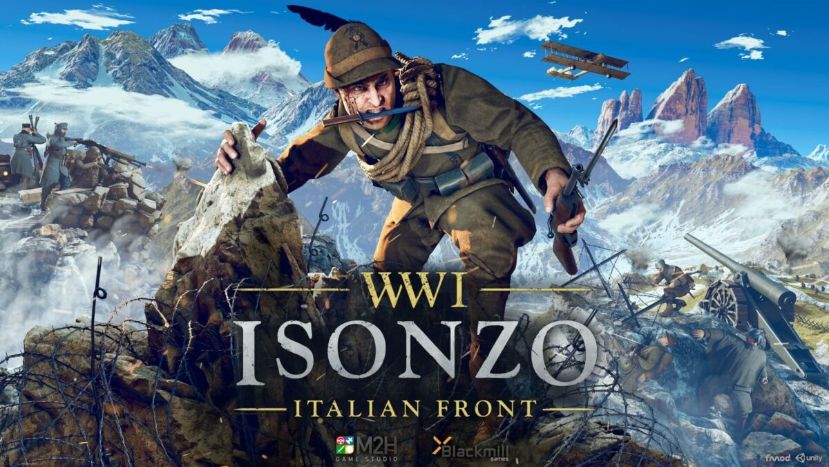 Made by the developers known for Verdun and Tannenberg, Isonzo leans toward the Italian front. You’ll more often see Italian landscapes as you cut your way across the battlefield. It allows multiple ways for players to opt for various strategies they can use for a tactical advantage. Strategies like flanking enemies, using mortar to blast your way through, and cutting paths through barbed wire do feel unique. The weapons are also accurate to the WW1 setting and often encourage players to experiment. Isonzo has 6 classes that each play a significant role on the battlefield.

Judging from the gameplay of Isonzo, we can see that devs are truly passionate about delivering the exact WW1 experience. During air strike, screen jumping adds to the immersion and for casual players, it can be hard to get adjusted to. Players all voiced their opinions in various forums and requested a feature to turn off the in-game screen shake as they are unable to set to aim due to its intensity. Seeing this, one of the devs from the Isonzo team named RaquelGB assured players that they are working on disabling or lessening the effect of screenshake in the game.

To not make everyone abuse the gameplay, it is best to add an option to increase or decrease the intensity of screen shake rather than an option to disable it entirely. Well, this has been confirmed by another dev named qake stating that they have no plans of removing this feature. It is a good sign that the devs are actively participating in the community and taking feedback which will help them improve the game even more. As of now, we don’t know when we’ll get the option to lower the effect of screen shake in the game, but as soon as we do, we’ll update this article.

We hope that you enjoyed reading this article. Stay tuned for more updates about Isonzo, news, guides, and more at Digistatement.

Isonzo: How to use Voice Chat

Isonzo: How to use Voice Chat