Beyond the Wire: How to use Bayonet?

Beyond the Wire features rifles and other WW1-era-appropriate weapons used by the infantry. The new game features intense firefights and a brutal atmosphere that is its selling point when it comes to immersion. The bayonet is one such weapon that packs excellent firepower for both offensive and defensive purposes. Mastering this weapon is very rewarding and skilled players often use it very well in both distance and close-range combat. Now that you know about the weapon, it’s time we get into how you can use it. Continue reading the article to know more about the game and how to use the Bayonet in Beyond the Wire. 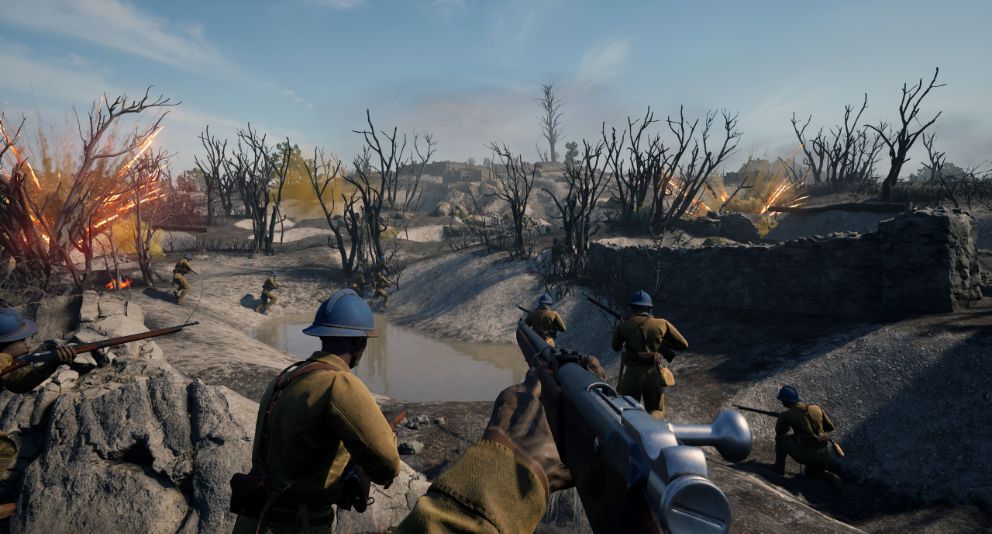 Weapons in Beyond the Wire

To offer the immersive sim of World War 1, devs researched a lot about which weapons were used during that time. It is natural that new weapons will arrive in the game with future updates including rifles, ballistics, bipods, sidearms, and bayonets. To kill enemies efficiently, the game also features a fire support system, artillery barrage, and smoke, making the battlefield more realistic and letting you feel the tension of treading between life and death. The gunplay, weapon mechanics, and handling have been heavily worked on to provide a smooth experience. Each gun you use on the battlefield feels different and further contributes to realism. Do remember that some of the features in the game are experimental and might be subject to change.

How to use Bayonet in Beyond the Wire?

On the battlefield, close-quarter combat always becomes a necessity when you’ve run out of ammo. If you have a Bayonet, you can equip it with your weapon and charge at enemies to land a devastating blow. It works like its original WW1 counterpart. Simply attach your bayonet to the rifle and charge at enemies during a sprint to make them tremble. However, do keep in mind that the weight of the Bayonet will affect the stability of your rifle and make aiming difficult.

Using a Bayonet can be confusing to new players as the game doesn’t disclose its controls. If you’re playing the game via a keyboard, the default keybind for equipping a bayonet on a rifle is the C button and pressing the middle mouse button to engage. It is labeled as “Melee” in keybinds so check the controls and see which key it’s assigned to. You can change it to your preference if you don’t like the default placement.

This concludes the article on how to use Bayonet in Beyond the Wire. We hope that you enjoyed reading this article. Stay tuned for more updates about Beyond the Wire guides, news, and more at Digistatement.

Cult of the Lamb: How to change Language?

Cult of the Lamb: How to change Language?