Among the Trolls is the newest survival IP that features all of the strong points of how survival games should be when it comes to the eeriness, mystery, and horror it awaits for players to experience. Made by Forbidden Studios, many credible people including some who have contributed to notable titles in gaming history like Fallout 4 and Skyrim are working on its development.

Given the impressive presentation and narrative it has to offer based on the trailer, many curious survival games fans are wondering if it’s planned for release on other platforms like PlayStation, Xbox, and Nintendo Switch and we’re here to explain every detail about it. Continue reading the article to know more about Among the Trolls and if it’ll be arriving on the abovementioned platforms. 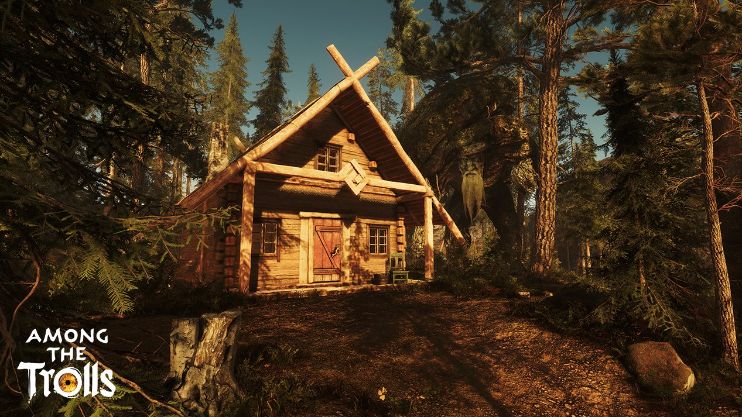 Overview of Among the Trolls

Among the Trolls puts players in the perspective of first-person where players have to uncover strange phenomena of the Finnish forests and the mystery surrounding them. As it’s a survival game at its core, we can expect a few crucial elements of the genre like building, gathering, and crafting as the player progresses further into the game. Another quality that makes this game stand out from the rest of the survival is the portrayal of ancient shamanistic magic which adds a unique twist.

The story of Among the Trolls is told from the perspective of the either of the two protagonists of the game known as Alex and Anna, who traveled from the U.S to Finland to pay a visit to their grandparents, who are living in a desolate cabin located among the trees. When you arrive at the cabin, you notice that your grandparents have vanished and are pulled into the world of Nordic Mythology full of twists and surprises and it’s up to you to find out what happened to your grandparents and the mysteries that shroud the forest.

Release Date of Among the Trolls

Sadly Forbidden Studios, the devs of Among the Trolls haven’t disclosed the release date of the game. Currently, the game is in Early Access on Steam. We believe that it’s planned to get a full release most likely in 2023. We’ll keep you updated as soon as we get more official information about its release date.

Is the game coming to PlayStation, Xbox, and Switch?

Among the Trolls does look impressive and having it on multiple platforms can certainly benefit the devs in terms of sales. Sadly, it won’t be coming to PlayStation 4, 5, Xbox One, Series X/S, or Nintendo Switch for the time being as it’s only planned for PC platforms according to official channels. If the game is fully released in the future, there’s a chance it might come to other platforms as devs are currently occupied with getting the feedback of players and making final changes to the game during the Early Access period. If any official information is released, we will update this article at the earliest.